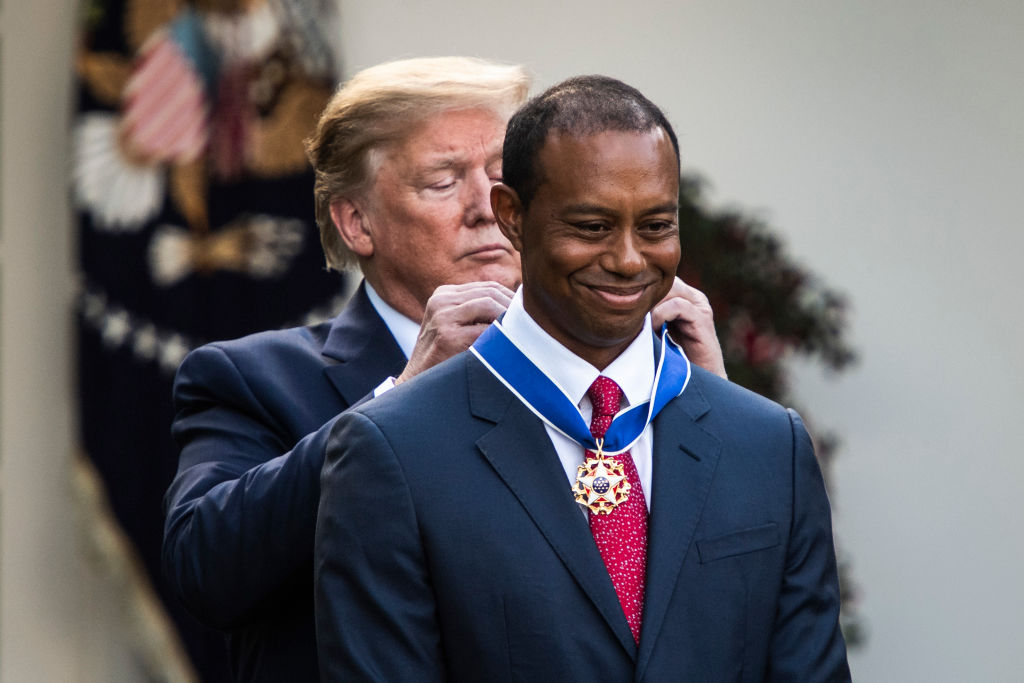 US President, Donald Trump on Monday awarded the highest civilian honour in the U.S – the Presidential Medal of Freedom – to golf star Tiger Woods.

Trump described Woods as “one of the greatest athletes in the history of sports,” adding that “he’s also a great person. He’s a great guy.

“He inspired millions of young Americans with his thrilling wire-to-wire victories. Tiger Woods is a global symbol of American excellence, devotion, and drive,” Trump added.

Trump continued: “We can’t wait to see what’s next, Tiger. There are no winners like you.”

Woods, 43, who was the first African-American, as well as the youngest golfer to win the Masters, won his fifth title in April after dealing with personal and professional adversity, thus ending an almost 11-year wait for a title.

Woods, in his speech, told his family: “You’ve seen the good and the bad, the highs and the lows, and I would not be in this position without all your help. I’ve battled, I try to hang in there, and I’ve tried to come back and play the great game of golf again.”

In a tweet, Woods said: “It’s an incredible privilege to be awarded the Presidential Medal of Freedom. Considering the recipients, history, and what this means to me and my family, it’s also very humbling. Thank you all for your support and I hope this inspires others to never give up on their dreams.”