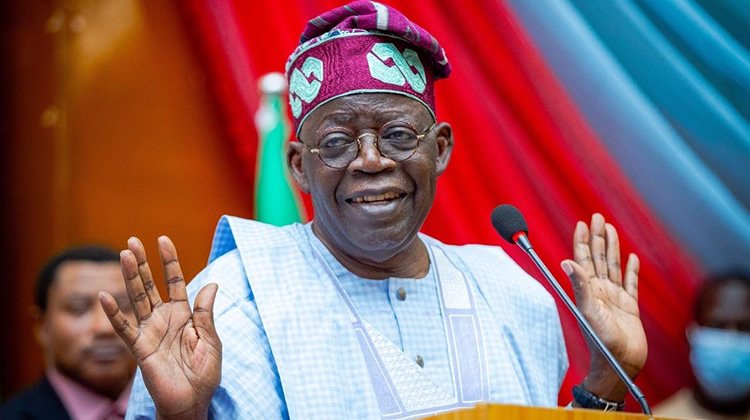 The 2023 general elections draw closer by the day but this time, Presidential aspirant of the APC, Bola Tinubu shows to speak ahead of the Osun State governorship election.

He used the podium to brag and bash the opposition of the People’s Democratic Party (PDP) and the Labor Party.

In his words, he notes that they will all labor to death without any outcome, as he feels confident in the All Progressives Congress.

The Nigerian electoral body of the Independent National Electoral Commission (INEC) had the Osun State gubernatorial election scheduled for a July 16 date, with current Osun governor, Gboyega Oyetola vying for a re-election.

His opponents are Ademola Adeleke of the PDP and Lasun Yusuf of the LP.

For Tinubu though, he believes there is no opponent that the APC should worry itself about, dismissing the notion that the two parties provided a stiff contest.

While speaking at the rally, Tinubu dismissed the two opposition parties as nothing more than ‘’mushroom parties” that offer no threat.

“I ask you to please do the same thing you did in Ekiti. Come out with your PVCs and vote massively for APC.

“The voting is now in your hand. Be very vigilant. Be watchful. You will not do it in vain.

“Think about your children and vote accordingly so you can see the future. Come out en masse. Don’t mind PDP and other mushroom parties — parties like Labour; they will labour till they die. God will not make you labourers.” The politician urged.

Nigeria is Not difficult to Govern—Peter Obi states

There’s Nothing Serious about the Agitations, they are all Politics–Gumi