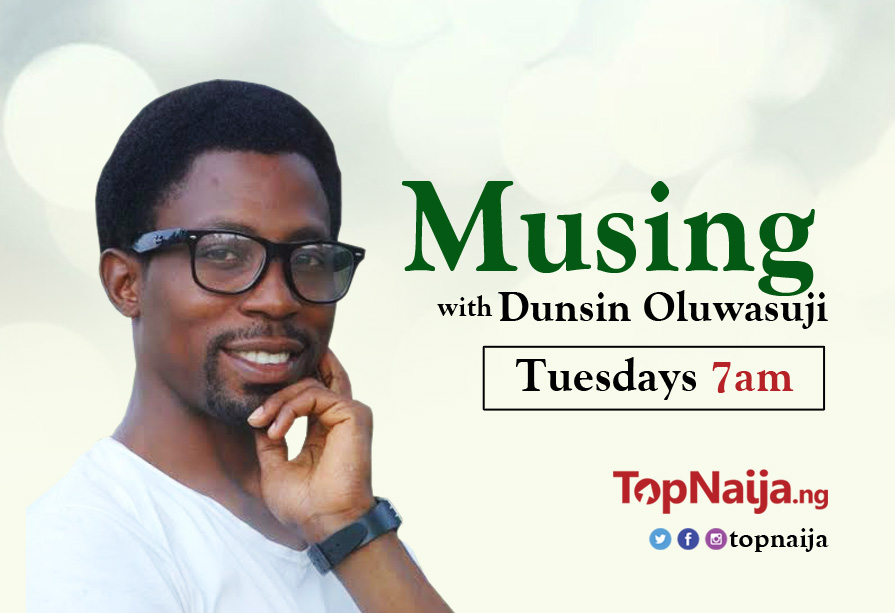 To many who have wondered what the feminist movement is about, it is one that advocates and promotes equal rights and opportunities for men and women. In summary, the movement is one that ensures that women do not lose out of the same opportunities and rights that men are entitled to because of their gender. This sounds good, and it should be encouraged- and since life does not cede you things that you don’t demand of it, women have had to eke out their freedoms, bit by bit. There was a time when it was strange for the girl-child to be educated; a time when she was mutilated to ensure that she stayed sexually ‘chaste’; a time in which the midwife announced the birth of a girl-child to dejected birth-mothers and unenthusiastic fathers. We have made significant progress, perhaps, with the exception of the far-north where women are educated, only to be threatened with the kitchen, the living room and the other room when they hold an opinion.

As laudable as feminism is, I must admit that I have a problem with the feminist movement. I have found its expressions to the world to be much more complicated than the simple definition given above. I have found her generalissimos to be a bit inconsistent with their demands from society. No sane man with a healthy sense of self esteem should be intimidated by feminism. It is the variations; the interpretations that women give their own movement that makes men shudder. These variations, and the confusing expressions spewed out to the world is one that has broken homes and made women recalcitrant. I intend to outline a few, perhaps with an invitation for clarifications:

Feminism and Roles in the Home.
Some feminists have a problem with the stereotype of women in the kitchen. Generally in the far-past, our fore-fathers concentrated on the daunting task of farming, hunting and other high-energy, high-risk endeavours whilst mothers were tasked with keeping the home together. The tasks involved in keeping the home-front may have seemed petty, but in truth, were also as draining as those of the fathers’.  They included pounding, washing, cooking and virtually training the children. There was division of labour and specialization. Tasks were clearly, albeit informally separated by gender. There was clarity.

Now, we have fathers and mothers, old and young who are educated or semi-literate. They take on jobs, come home tired, and then take on the roles outlined by gender by our fore-fathers. The mothers do home-cleaning, prepping the children for life and for schools, washing, cooking, etc whilst the men exert themselves on the sofa, command the remote, do food, amongst others. There is a clear imbalance in many homes which the feminist movement seeks to redress, and in the case above, rightly so.

The flipside is having women who detest the kitchen; women who have been told that it is demeaning to cook; women who demand that equality is for them to cook today and for the husband to cook tomorrow. A delineation of roles is essential to having a home that works. I suggest that men should help more in the home- that they should take on homework, some cleaning, laying the bed, preparing the kids to power-down, helping them get ready for school in the morning, etc. Men can and should do more. However, since division of labour makes organizations work better, then the home will do better with well outlined roles. Feminism should demand respectfully that the man does more, but feminism should not undermine the need for well defined roles, and the #wifenotcook movement is to me, petty, laughable and ridiculous. Maybe we men should have our #mennotgeneratorspecialists to get our women understand that a defining of roles is not that bad afterall.

Feminism and Submission
What the feminist movement cannot deny is that we were created men and women. We are wired differently- men, with ego and muscles; women with emotions and relative fragility. Of course, we have weaker men and stronger women, but generally, we were created with differences, inside and outside. If feminism encourages that women marry, then it should highlight the differences in our make-up on the quest for equal rights.

We are different- and the fragility of a woman is strength in disguise. A fragile woman is sexy; a sombre woman, disarming (to sane men, not sadists, I must add). A woman must play to her strengths when making demands of men. Making requests from a man like a man is an invitation to double jeopardy. You don’t get what you want, and your man may be offended by the manner of your request. A woman who displays aggression and insubordination will get a reaction of force from her man. We are territorial, egoistical creatures. A woman who displays aggression and insubordination consistently cannot complain that she is not getting cuddly, ladylike treatment. She may have awoken a monster she has to live with, or she may have helped a man build walls that only submission can break.

Submission is a virtue. Gentleness is a virtue. Respect is a virtue. These virtues unlock men’s mumu-switches globally. Feminism should not throw away these master-keys.

Feminism and Sex
This is where I reveal my Christian leanings. I write as an aspiring Christian man. Christianity teaches us to contain our cravings for sex before and after marriage. I may be wrong, but the few self-professed feminists I have related with have something in common, they talk too freely about sex-  like if it is no big deal for men, then it should not be a big deal for women. I must admit that society has been quite repressive of women on sex matters. Society has also been too forgiving of men.

Sex before marriage is a contravention of the Christian faith. Sex outside marriage is also a contravention. Men should be as respectful of women in relationships and in marriage as women usually are. Cheating men should be condemned like women are. However, feminism should also not kick out sexual chastity in the name of freedom. Two wrongs don’t make a right.

Feminism and Career Sacrifices
Here is where I need to be very careful. I believe that women have equal intellect with men. As such, women can reach the top of any career just as men can. Women should aspire, women should dream, women should pursue opportunities, women should invent. Whatever a man can become, a woman can too. However, I believe that women play a role in families that they cannot afford to ignore. I speak as a privileged father, son and husband combined. I am a son to a woman who got to the top of her career, and I know the glory that it came with. I would like to posit that if ever the need to sacrifice a career arises between husband and wife, all things being equal, the woman should make the sacrifice. My reason is simple: Children are unkind to their fathers in appraisal and expectations. I want my father to be Dangote, Jesus even. However, I would have ‘forgiven’ my mother easily if all she ever became in life was a good mother to me. Society sees children that are unkempt and cannot pay their fees: they blame the man. Children become anything less than they want to be: they blame the father. As such, fathers and men should be ruthless in pursuing economic freedom and career advancement because society expects more from them, and feminist daughters have not been kind enough to shift 50% blame on the mothers for how they turned out. Guess what? They still blame the fathers more.

All said, if true feminism wins, then the world will be a better place. The confusions, contradictions and perversions of the feminist movement, however, are threats that we undermine at our peril. I would love all feminists to have a single playbook with well defined manifestoes, but that will never happen, sadly. This leaves us with audacious requests for clarity. We hope you feel our drift as you ask that we feel your pain. What exactly do feminists want?

*Oba Dunsin Oluwasuji is a lawyer by training and a media entrepreneur by choice.

7 facts you should know about rebound relationships