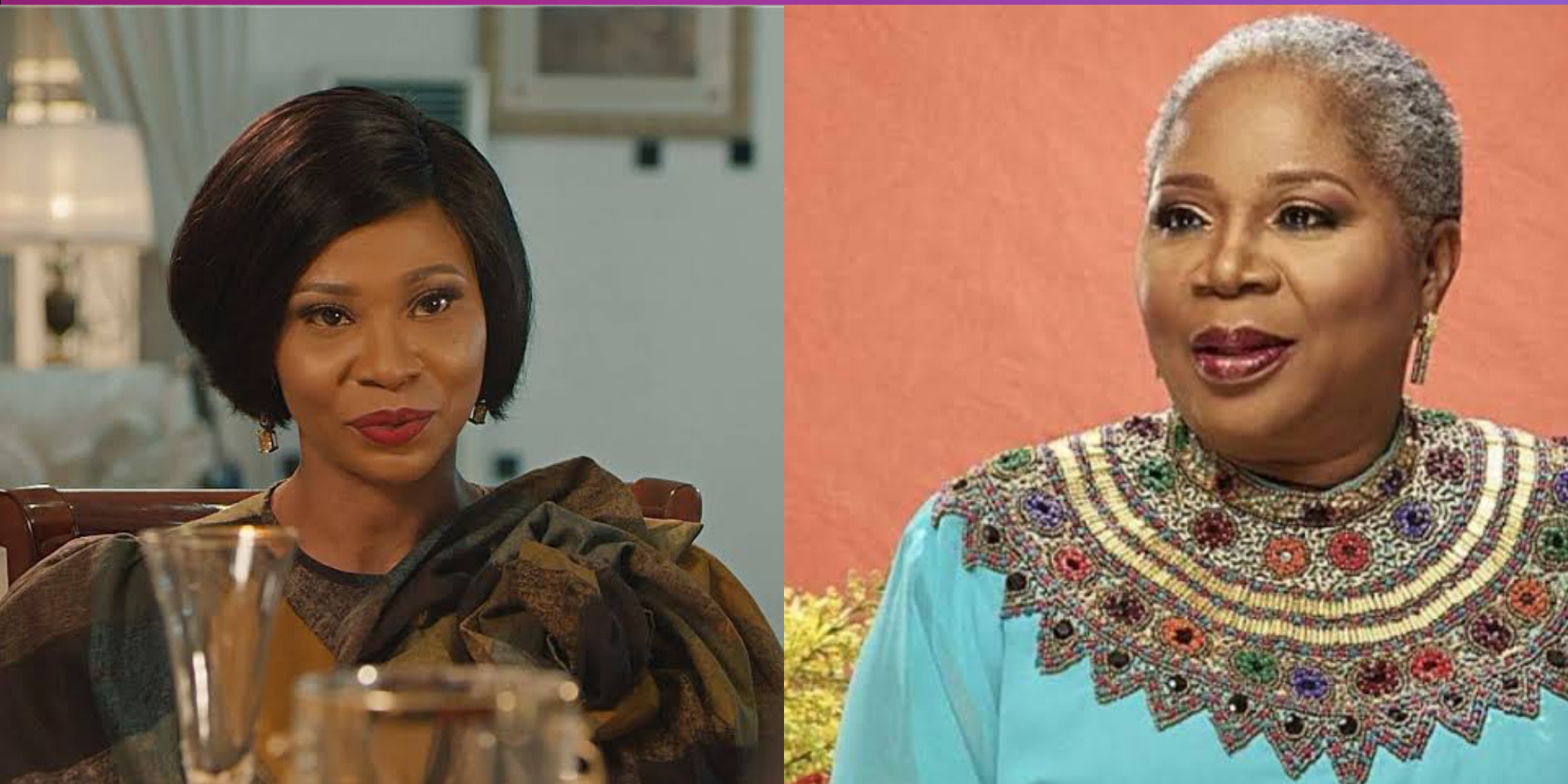 Nollywood actress Nse Ikpe-Etim has recounted the first time she met veteran singer and actress Onyeka Onwenu was not that pleasant to her.

The actress revealed this at the media parley of the veteran’s book, My Father’s Daughter.

During the press conference, Onyeka Onwenu disclosed that actress Nse Ikpe-Etim is not given the recognition she deserves in the movie industry but as time goes on, she shouldn’t worry as she will get it.

The veteran further stated that a lot of people think she is mean and are always frightened to associate with her, but as regards that, she is in no hurry to correct that mentality.

Making such a statement, Nse Ikpe-Etim affirmed that, as she was one of those people who got scared by the sight of Onyeka Onwenu.

According to her, she met Onyeka Onwenu for the time when she went for an interview and while she was waiting, the veteran made a chance in, and instead of them attending to her (Nse), they attended to Onyeka who walked out as easily as she walked in.

This doesn’t sit well with Nse who stated that since that day even when she sees her at events, she just keeps her distance. It wasn’t until a year ago, that they both met at an event and the veteran singer held her and started talking to her and she started crying.

Since then she has realized that the veteran is more than a lot of people think. Nse Ikpe-Etim further stated that sitting at the same table with her at the media parley is a dream come true for her.

MC Olumo says he was surprised Whitemoney visited him [Video]