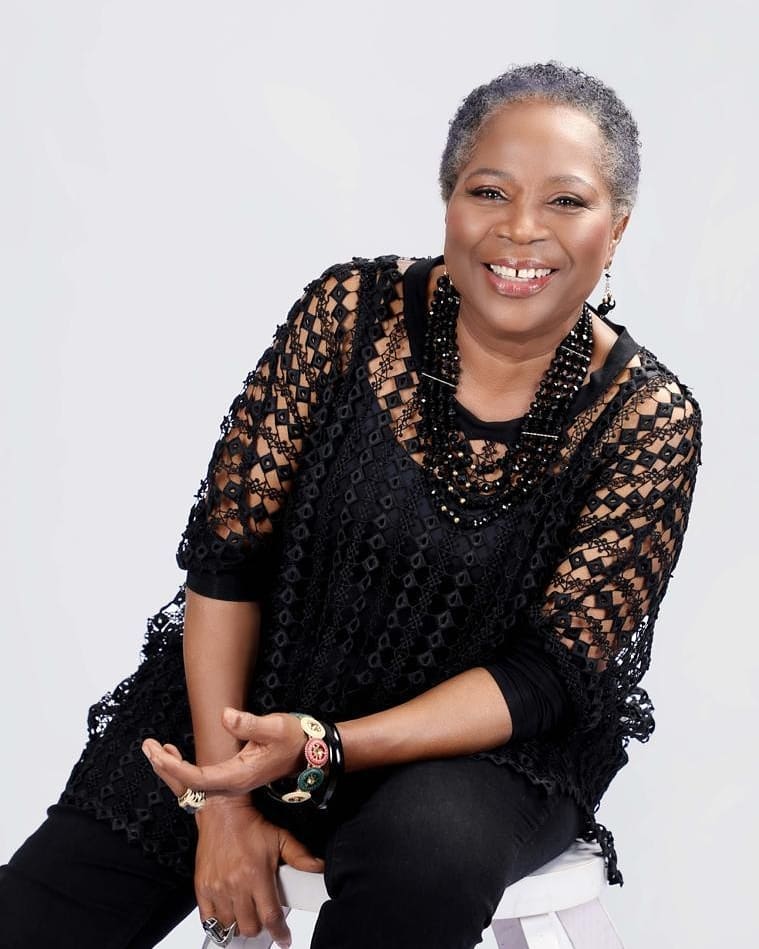 All you need to know about Onyeka Onwenu popularly known as Elegant Stallion Let’s take a look at her Biography, Nationality, Career, Age, Net worth, Family.

EARLY LIFE
Onyeka Onwenu aka Elegant Stallion was born on May 17, 1952 in Obosi, Anambra State, Nigeria to D.K Onwenu, who died in an auto crash when Onyeka was only four years old. She is from Arondizuogu, Ideato North Local Government Area of Imo State of Nigeria. She was Raised by her single mother,

EDUCATION
She has a degree in International Relations and Communication from the Wellesley College of Massachusetts, USA, and a master’s degree in Media Studies from The New School for Social Research in New York after her primary and secondary school education in Obosi.

CAREER
In 1980, she returned from the U.S to serve her country, joining the Nigerian Television Authority as a Corps member and immediately made waves as a result of her fearless Journalism, writing Jaw dropping articles including the 1984 documentary for BBC/NTA, which was titled ‘Nigeria, A Squandering of Riches’ which exposed the level of corruption eating into the fabric of the Nigerian society.

Onyeka Onwenu’s music career began in 1981 with the release of ‘For the Love of You’ and ‘Endless Life’ which was produced by Sunny Okosun in 1982, ‘The Morning Light’ in 1984, ‘One Love’ in 1986 and ‘Dancing In The Sun’ in 1988. She stands out as the only musician to have crossed Pop with Juju music and Highlife, and still produce ‘eargasmic’ sounds. Her songs like her writing advocate for unity and cultural cohabitation as well as picking on social issues, issues relating to health and women rights as well as the plight of children.

She emerged into the movie scene in 1999 with the movie ‘Not Your Wealth’ and has since then been debuted in over 100 Nollywood movies including, ‘Conspiracy’ in 1999, ‘Different Worlds’ in 2006 and in Chimamanda’s Half of a Yellow Sun which featured Chiwetel Ejiofor and Thandie Newton in 2014. In recognition of her contribution to music, movies and arts in Nigeria, she has been celebrated by professionals like Mahmood Ali-Balogun, Laolu Akins, Charles O’Tudor and former PMAN president Tony Okoroji among others.

She is an active politician belonging to The People’s Democratic Party (PDP). She is a former Executive Director of the National Centre for Women Development and has also served as the chairperson of the Imo State Council for Arts and Culture, and was once as a member of the National Television Authority Board.

She is a Judge on the Nigerian X- Factor Television Program.

PERSONAL LIFE
Actress, Singer, Songwriter, Recording artiste, Journalist, Politician, Social activist, Human right activist, Television personality, Politician, Entrepreneur and a Philanthropist, Onyeka Onwenu has definitely proven that you can be a Jack of all Trade and a Master in all.

— National Council for Arts and Culture Awards, in recognition of her contributions to the field of Music and Cultural Administration in 2009.

NET WORTH
Onyenka Onwenu was one of the richest musicians and actresses in Nigeria, she has an estimated net worth of $200,000 Dollars.