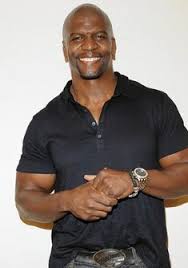 Terry Crews on being Times ‘person of the year’

Terry Crews says he wasn’t expecting to be in TIME’s “Person of the Year” cover story — but thinks the nod only helps his mission which is accountability in Hollywood.

Terry says he didn’t see it coming, and explains why there needs to be more voices speaking out on sexual harassment … and how this could be just the tip of the iceberg.

He also tells us why he’s suing WME and their talent agent, Adam Venit, who allegedly grabbed his junk last year. Long story short … Hollywood needs an ass-whoopin’ on this issue … and Terry’s here to do the honors.