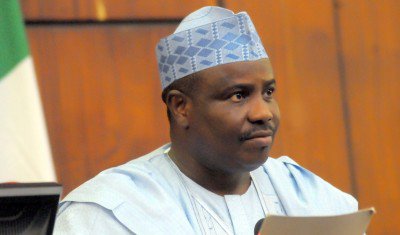 The governors retired to the Delta State Government House after attending a showcase of Delta’s Youths Empowerment Programme.

He defected to the APC at the last minute in 2015 to pick the ticket to run for governor. He won and succeeded Aliyu Wamako, who is now a senator.

Tambuwal has been speculated as one of those the PDP is prospecting as a possible presidential candidate in the 2019 election. He has not reacted to the speculations which gained more ground after last weekend’s PDP convention.

There was excitement as Okowa and Ibori rode into the venue.

The large crowd mostly PDP faithful broke into a chorus as they arrived for the products exhibition and business fair to showcase the Okowa administration’s youth empowerment programme. Many government functionaries also turned up.

The twin-scheme has trained 2,324 unemployed youths and established them in their choice enterprises.

Ibori recalled with nostalgia the day he transferred power on May 29 2007 Dr. Emmanuel Uduaghan.

He said: “I come into this arena Asaba Arcade with a great sense of nostalgia. I remember that it was at this venue on the 29th of May 2007 that I transferred power to Dr Eweta Uduaghan. Since that time, this is my first outing here and I am indeed very pleased that you have invited me to be with my people. Thank you very much for this opportunity”.

He praised Okowa for empowering the unemployed youths in the State, while endorsing the incumbent Gov. Okowa for a second term in office

He said, “The day the people of Delta made that choice to make you their governor, they did it knowing full well that you will deliver and thank God you are delivering. Let me place on record my gratitude to you for remembering our unemployed youths, because at the end of the day when you and I are gone, they will be the ones to take over.

”I might be watching from the sidelines, but today I want to make it abundantly clear again that you are doing very well .May God continue to guide you, give you peace and sharpen your vision so that at the end of your tenure in eight years so that Delta will be the best for it,”

Tambuwal arrived after the ceremony. He only joined to see the exhibition while Wike was part of the event.