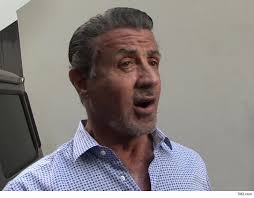 With the recent witch hunt for celebrity sex offenders in Hollywood, and the infamous #MeToo campaign, there’s been a new awareness about rape. Rapists now know that they cannot get away with such despicable acts which is a very positive step.

However, there are those who might misuse this campaign and pervert it. Allegedly, one of such persons filed a report claiming actor, Sylvester Stallone raped her 27 years ago.

Sylvester wasn’t about to let his name be dragged in the mud like that because he is ready to demand police investigate the woman.

Stallone’s attorney Marty Singer tells us he believes the woman recently filed a false police report with Santa Monica PD. Singer says this all started more than a month ago when a reputable media outlet, informed him the woman was alleging Stallone raped her in 1990 in his Santa Monica office.

Stallone denies the allegation. He admits he had spent 3 days with her during a 1987 movie shoot in Israel. He was single, she was not a minor and he says there was never a rape. He also denies he saw her at all in 1990.

Sources with direct knowledge tell us the media outlet that contacted Singer refused to publish the woman’s story due to a lack of corroborating evidence, and because, at that time, she had not filed a police report — not in 1990, and not at any time since then.

We’re told the woman finally did file a police report with Santa Monica PD in mid-November. However, the media outlet still did not publish. Our sources say it appears she filed the report in an effort to get the story out to the public, but failed.

However, Singer says a different reporter called him Tuesday and stated, definitively, that the woman — who sources say was once married to a convicted killer-for-hire — had now filed a police report. Singer says he contacted Santa Monica PD late Tuesday night to confirm the report, but the investigations division was closed.

He tells us IF he confirms Wednesday morning she did indeed go to police and accuse Stallone of rape — Stallone WILL file a complaint requesting she be investigated for filing a false police report.

Related Topics:#MeTooHollywooodrapeSylvester stallone
Up Next

why you need to Stop Comparing Yourself With Others

6 Reasons you need to Take A Break