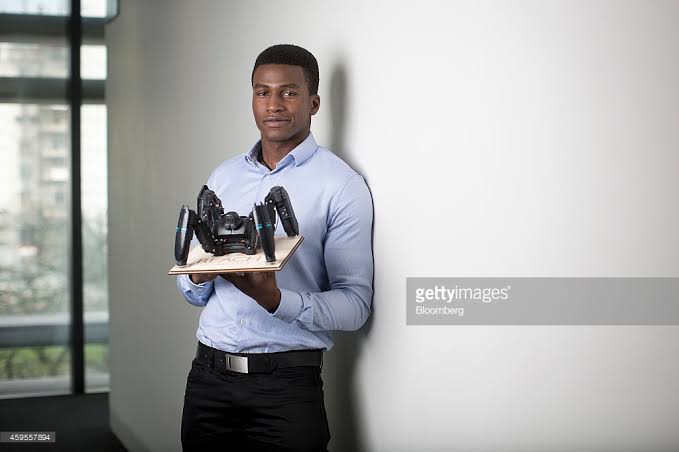 Reach Robotics, an augmented reality gaming company that creates robots for both fun and STEM education, announced on Wednesday that it just made an exclusive deal with Apple to sell its line of MekaMon real-life gaming robots in Apple’s flagship U.S. and United Kingdom stores.

The robotics company’s CEO and co-founder is British-Nigerian Silas Adekunle. He is an engineer who graduated with First Class Honours from the University of the West of England, with a Bachelor of Science in robotics technology, and previously worked at GE Aviation and Infineon.

“We’ve created an entirely new video gaming platform,” said Adekunle in a press release. “MekaMon straddles both the real and virtual worlds while taking the gaming experience beyond a player’s screen and turning their sitting room into a limitless robotic battle zone. MekaMon represents a quantum leap forward in the leveraging of augmented reality. Players can whip out their iPhone to battle their multi-functional, connected battlebots in the physical and virtual worlds at the same time.”

MekaMons are four-legged robots that players can control via a smartphone using a companion app for augemented reality gameplay. Multiple players can have their MekaMons battle each another. Each robot weighs a little over two pounds with dimensions of 11.8 by 11.8 by 5.9 inches. MekaMons can connect to each other via infrared signals and Bluetooth, allowing for co-op gaming.

The robots are powered by a rechargeable battery that provides up to an hour of gameplay. They are compatible with the iPhone, using the smartphone’s camera and infrared tracking capability for precise navigation.

MekaMons will be available in Apple stores as of Nov. 16 as well as online at Apple.com for $299.95.

Check out the video below of Silas Adekunle providing a live demo of MekaMon at Black Enterprise’s studio:

Related Topics:#SuccessStoryappleCEOEntrepreneurinspirationRobotics Engineer
Up Next

The Profitable Way Of Starting A Pizza Delivery Business In Nigeria