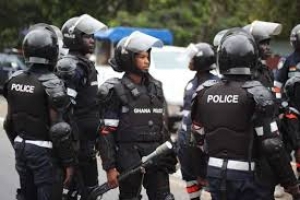 Soldiers and policemen have locked down Bwari, a satellite town in the Federal Capital Territory, following the ongoing clash between Gwari and Hausa youths.

The security personnel prevented residents from moving around and sent back home motorists taking their families out for Christmas celebration.

It was gathered that the violence broke out after a fight between a Hausa and Gwari youth on Sunday night, which led to the death of the latter.

The death of the Gwari youth, it was learnt, angered his kinsmen who carried out a reprisal on the Hausa community during which a market was torched by a mob.

The clash, which was believed to be a fall-out of the leadership tussle between the two chiefs in the area, began at about 10am when many residents were in church for the Christmas service.

Three vehicles belonging to the National Emergency Management Agency and the Federal Road Safety Corps were observed patrolling the area.

Many of the recreational parks, hotels and other fun spots in the town were deserted as residents could not go out due to fear.

It was learnt that some of the churches that were observing their Christmas service hurriedly ended the programme for security  reasons.

A resident of the area, who gave his name as Musa Nurudeen said, “Before now,there has been this tussle for supremacy between the two major traditional rulers in this area council which are the Sarkin Bwari and the Etsu Bwari.

“In October, there was a protest by the Gwari people that there cannot be two rulers in one kingdom and that they want the government to recognise the Etsu Bwari while the Sarkin Bwari should be abolished.

The FCT police spokesman, Anjuguri Manzah confirmed the violence, adding that armed policemen had been deployed in the town to contain the crisis.

“The details of the incident is still sketchy, but our immediate objective is to contain the violence and ensure security of lives and property,” he said on the phone.

Israel praises Guatemala over decision to move embassy to Jerusalem