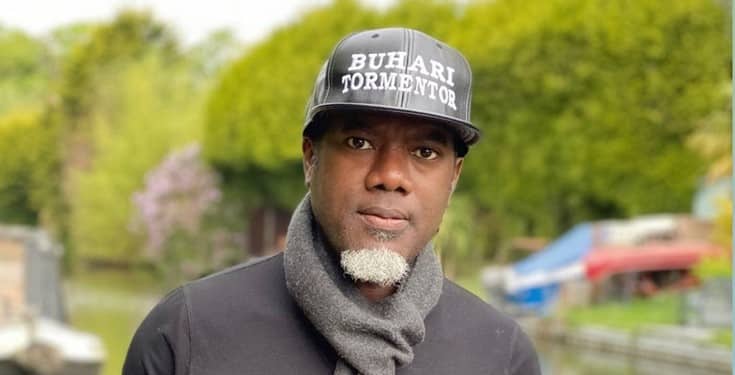 Former Presidential aide, Reno Omokri has placed himself as quite the controversial figure, particularly with his political views and public opinions.

And now, the public personality strikes again, but this time, he has challenged the standing presidential flag bearer of the All Progressives Congress (APC), Bola Tinubu to a drug test before the 2023 presidential campaigns go into full swing.

This comes in response to a Bloomberg report alleging the politician of being involved in a drug case, in a series of tweets Omokri made on Wednesday.

According to the story, Tinubu, had “fought a lawsuit in which the US accused him of laundering proceeds of heroin trafficking and eventually reached a settlement”.

Reacting to the article, Omokri, who is a known supporter of Atiku, tweeted:

“All Presidential candidates should be made to take drug tests administered by the @NDLEA_Nigeria to determine present and past drug use. We can’t have a KNOWN DRUG LORD as our President. Heroin is more damaging than cocaine. Anybody connected to it belongs in JAIL.

“I challenge @officialABAT, if you were not involved in a heroin drug ring in the United States in 1991-1993, then take me to court. Nigeria cannot have a KNOWN DRUG LORD as her President. God forbid. I also challenge Tinubu to take a drug test with @NDLEA_Nigeria

“We must know who, amongst those angling to occupy Aso Rock, has a past history with a drug cartel. Mba, mba, mba! The office of the President of Nigeria is too powerful to be entrusted to a man with known drug connections. Nigeria will not become Colombia. Tufiakwa!”

The Organ Trafficking Saga: The Whys