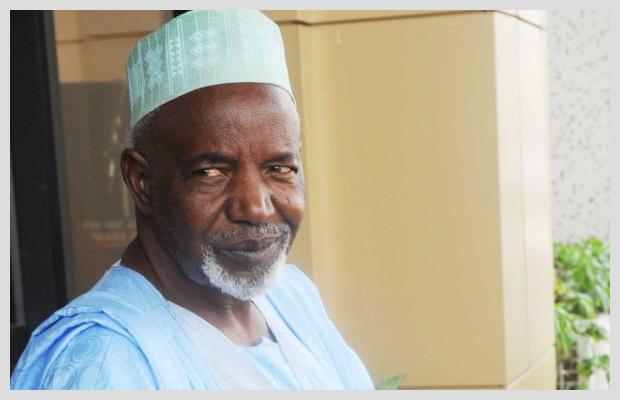 A second republic governor of Kaduna State, Alhaji Balarabe Musa, says Igbo people calling for separation from Nigeria are doing so because they have not had their fair share in the scheme of things in Nigeria.

Musa admitted that since the civil war ended, Igbo people have not been treated as co-owners of the country.

Speaking at a public presentation of the book written by Haruna Yahaya and titled, “The First Regular Combatant: Brigadier General Zakariya Maimalari,” in Abuja, Obasanjo said Nigeria needs peace and progress at this point in time.

The former President also said effort should be taken to root out political “aberration” from the military.

He said easing out officers who have the assistance of political office holders will prevent Nigeria from another war.

Obasanjo lamented that political influence in the Army had led to the killings of well-trained officers in the Army, who would have been useful to the country.

Lamenting the coup of 1966 that led to the death of Maimalari, Obasanjo eulogized the late soldier whom he said was very particular about the welfare of his men during the Congo peacekeeping mission.

His words: “Sincerely speaking, the South-East has not had a fair-share since the civil war. Their marginalization is quite obvious.

“But if the policy of reconstruction, reintegration and reconciliation of Gen.Gowon and the late Gen. Murtala’s administrations had continued, the agitation by the few Igbo for Biafra state would have been a thing of the past.

“It is the marginalization that is making a small section of the Igbo to agitate for Biafra. If the reconstruction and reconciliation had been sustained, there wouldn’t have been any need for Biafra because the number of those Igbo asking for Biafra is not more than 10 percent.

“The majority of the Igbo crave for a better Nigeria particularly because of their experience and they are prepared to fight for the unity of Nigeria.

“Majority of Igbo leaders have said in clear terms that they want a better Nigeria where they can expand because they are enterprising in nature.

“As you are aware, people who are enterprising would prefer a big community as against a small one.

“Some of them desire a better Nigeria because they don’t want the previous experience of war to repeat itself. But the agitation for Biafra is a ticking time-bomb just as the level of poverty in Nigeria.

“Like I said earlier, the system of development in Nigeria tend to divide the people. There were times in history when the Igbo were targeted and isolated because they were enterprising and because of the system that operates in Nigeria.

“And probably the system could marginalize everybody until there is a brutal revolution.”

EFFC planning to assassinate me – Patience Jonathan cries out

How my wife saved my life – Kanu Nwankwo