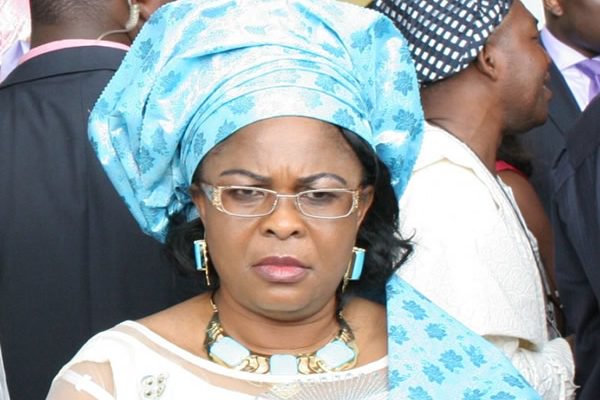 Former First Lady, Patience Jonathan, has accused the Economic and Financial Crimes Commission (EFCC) of hiring assassins to kill her.

The ex-First Lady made the allegations in a letter written to the House of Representatives on Monday.

According to Mrs. Jonathan, she had survived two assassination attempts on her life, believed to have been championed by the anti-graft agency.

She pleaded with the lower chamber of the National Assembly to come to her rescue before the anti-graft agency succeeded in its plot to eliminate her.

According to the letter written by her lawyers, Granville Abibo (SAN) & Co, Mrs Jonathan said the attempt at her life was made between February and April, 2017.

“There have been assassination attempts, at least twice, between February and April, 2017, against our client ostensibly by the operatives of the EFCC along the Yenagoa-Mbaima Road, Bayelsa State, in furtherance of its unlawful actions against the former first family,” the letter stated.

She also alleged that the agency had bugged her phones and that its agents had been threatening her though text messages.

“The EFCC and its agents have repeatedly bugged the personal telephones of our client and her relations through its many operatives and has inundated her with numerous threatening calls and text messages,” the former president’s wife alleged.

Mrs. Jonathan aslo accused the officials of the FIRS of vandalizing her properties in her hotel located in Bayelsa state two months ago.

The letter added, “On May 3, 2017, officials of the FIRS, in a convoy of about 20 trucks and over 70 personnel, raided our client’s NGO – Aridolf Jo Resort Wellness and Spa Limited – situated at Kpansia Expressway, Bayelsa State, and orchestrated a massive destruction of personal properties belonging to our client without any lawful court order or search warrant and caused mayhem there under the guise of trying to collect unpaid taxes without following any due process provided by law to do so.”

Related Topics:patience jonathan
Up Next

Startups In Early Markets Easily Drown When Given Too Much Money