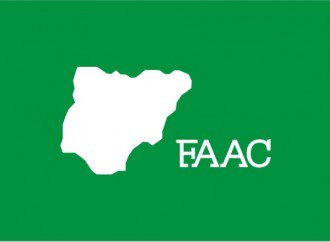 Nine states including Delta, Ogun and Adamawa are to wait for now before collecting their own share of the third tranche of the Paris Club refunds, The Nation leant last night.

However, 27 other states have collected their dues in what promises to be a rosy Christmas and New Year seasons for public servants in the benefitting states.

Much of the funds is expected to be utilized to offset arrears of workers’ salaries and pensions.

The release of the refunds to the states is in keeping with the directive of President Muhammadu Buhari that the states should get the money before Christmas to enable them pay workers and pensioners.

The Director Home Finance in the FMF, Mrs. Olubunmi Siyanbola, confirmed the payment yesterday at the end of the November 2017, Federation Account Allocation Committee (FAAC) meeting in Abuja.

But she declined to name the states that were paid and those that are to wait.

A total N609.959 billion was shared by the three tiers of government at the FAAC meeting which was shifted from Friday to yesterday.

This is N77.25 billion more than what they shared in October.

The Nation gathered that there are some technical challenges and reconciliation matters to be resolved before the nine non-benefitting states can access their own refunds.

Some of the states are actually expected to refund excess cash previously paid to them.

But some oil producing states may get more than others having been short paid in the past.

Investigation showed that Delta, Ogun, Adamawa, and six others have some issues to clarify before drawing the final tranche of the refunds.

While a consultant has secured a court order in  August to freeze the bank account where Delta’s share of the refunds was domiciled, Ogun and Adamawa are said to have  been paid in excess of their dues and might need to reconcile their accounts.

The court mandated Zenith Bank to “create an escrow account for the frozen cash.”

A top source, privy to the controversy on the London-Paris Club said:” Some of the nine states have not met the requirements to qualify them for the drawing of the refunds. One of the key criteria is the reconciliation of the actual amount deducted and what such states deserve as refunds.

“Some of the states cannot even trace records much less reconciliation of records. The Federal Government is not a Father Christmas, they must come clean with their books.

“Some of the state governors were embarrassed by the agreements entered into by their predecessors on London-Paris Club refunds.

“For instance, Abia, Kogi, Adamawa, Taraba , Delta and Zamfara opted to pay 10% of their refunds to consultants.  But the states now see this rate as being on the high side.

Another source said: “Some states, like Ogun and Adamawa, are expected to make refunds following alleged excess payments made to them. But these states have disputed getting excess.

“The reconciliation of records will determine the truth or otherwise of the debit status of some of these states.”

Asked yesterday to shed light on why nine states were excluded from payment of the third tranche of the refunds, Siyanbola said  it was only “a matter of process that is holding” them back and stressed  that they would  get theirs as soon as the processes were completed.

Another issue that was raised at the FAAC meeting was the accruals into the Excess Crude Account (ECA) which now stands at $2.317 billion as against $2.308 billion last month.

Commenting on the development, the Accountant General of the Federation (AGF) Mr. Ahmed Idris attributed the marginal increase in the ECA “to interests that have to continue accruing for keeping the money for the future.”

When asked if the $1 billion the state governors approved for withdrawal from the ECA to fight Boko Haram had been deducted, Ahmed Idris stated:”it is one thing for requests to be made, there is a process for money be taken out of an account.”

Idris noted that the state governors as part owners of the ECA were perfectly in order to request that part of the money be used to secure the country.

Regarding Governor Ayo Fayose of Ekiti state’s objection to the withdrawal of $1 billion from the ECA, Idris said Governor Fayose should have made his objections known to the Governors Forum instead of the press.”

The AGF also explained why the meeting had to take place yesterday , stressing that because of Christmas activities, it was decided to hold the meeting mid-month (December) as against 20-25 of the month so that money would  be available for workers to celebrate Christmas.

Because of the change in date, Idris noted that “institutions found themselves inundated with reconciling figures at short notices and some FAAC officials were at the Central Bank of Nigeria (CBN) till 9pm and the documents needed got to stakeholders this morning (Saturday)  thus prompting today’s  (yesterday) meeting so that Nigerians can have better Christmas and New Year celebrations”

Of the N609.959 billion shared by  the three tiers of governments the federal government got N248.227 billion, while the  states received N125.904 billion and the local governments N97.067 billion.

The oil producing states got an additional N43.215 billion as 13% derivation requirements while the balance of N15.120 billion went for cost of collection and FIRS refund.

In his address, the chairman of Commissioners Forum, Alhaji Mahmoud Yunusa said the “Saturday’s figures were higher now but they can be better off. The states are happy that workers will be paid before Christmas.”

Related Topics:PARIS CLUB REFUND
Up Next