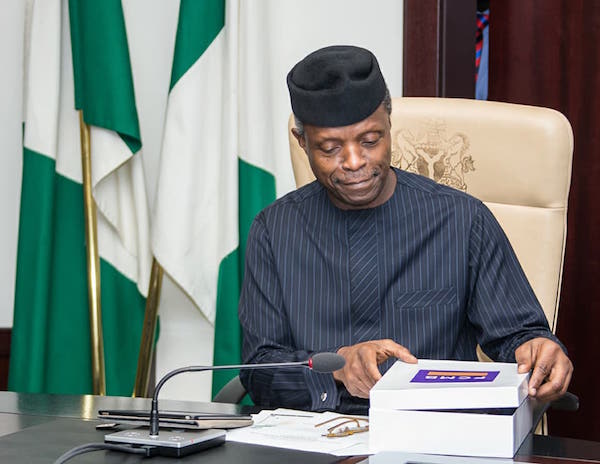 Acting President Yemi Osinbajo has directed the newly appointed chairmen of the National Pension Commission, Code of Conduct Bureau, and the Independent Corrupt Practices and other Related Offences Commission to resume duty.

Mr Bolaji Adebiyi, Permanent Secretary and Director Press Office of the Secretary to the Government of the Federation, made this known in a statement on Friday in Abuja.

He said the appointees are directed to resume duties in acting capacities pending their confirmation by the Senate of the Federal Republic of Nigeria.

He said that the appointment was to ensure that there was no vacuum in certain important Federal Institutions.

At the Code of Conduct Bureau, we have Dr. Muhamma Isah-Acting Chairman, Murtala Kankia-Acting Member and Emmanuel E. Attah-Acting Member

At the Independent Corrupt Practices and other Related Offences Commission, we have Prof. Bolaji Owasanoye-Acting Chairman

Nail Pierces Man’s Heart- Drives Self To The Hospital