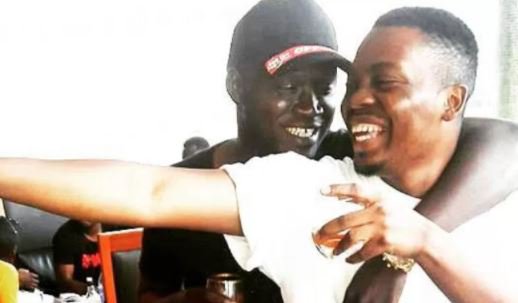 Nigerian superstar rapper, Olamide has been criticised by Nigerians for inviting Lagos state assistant commissioner of police Yomi Shogunle to perform at OLIC 4.

Olamide came under attack for lack of sensitivity by inviting the ACP, known as Yomi SARS who was videoed bragging about the activities of SARS.

While some Nigerians expressed disappointed at Olamide for bringing someone who humiliated youths, others have called for the show to be boycotted and Yomi SARS humiliated.

Here are some controversial comments:

@officialdaddymo “So Olamide is giving Yomi SARS a platform to perform at OLIC 4.It’s one thing to be ignorant & not understand consequences of your actions. It’s another thing to be aware of it but completely detached from the reality that’s going on around you.

@ani_nomso “How on earth do you bring Yomi Sars to Perform for the same Youths that he & his Colleagues Brutalise & humiliate? No Respect for the Youths from Olamide after all the #EndSARS tweets. Zero emotional intelligence.

@badmansophss “Yomi SARS at OLIC just shows Olamide isn’t really for the street and supports SARS and their nonsense. It’s the street that suffers SARS brutality. He should be speaking for them not SARS

@directorsolomon “Sorry bro, i wont be coming with you to attend #OLIC4 because “Yomi SARS” is gonna be performing, i think its disrespectful after what has happened to me and is currently happening to a lot of innocent young people at the hands of SARS #EndSARS

@ifeluv2 “The fact that Olamide invites Yomi SARS to perform at the #OLIC4 is a great opportunity for those who will be attending, to show Yomi how badly we wanna #EndSARS. Do it for the culture

@unclehaydee “Yomi SARS is enough reason for you guys not to be at olic. SARS officials will be there and you know the rest.

@FemiTRIP “The fact that Olamide is planning to put Yomi SARS on that stage is enough reason for people to boycott the show.

@yeslmegocentric “‘m a big fan of olamide but he can’t tweet end SARS and then let Yomi SARS perform at OLIC….abeg if you’re going to the concert, when Yomi climbs the stage y’all should boo him off it.

@oluwanifemi “Olamide thinks he’s immune and the street would always love him no matter what, how could he take us for granted by giving Yomi SARS a platform #EndSARS.

5 Ways to Train Your Brain Every Day for Happiness