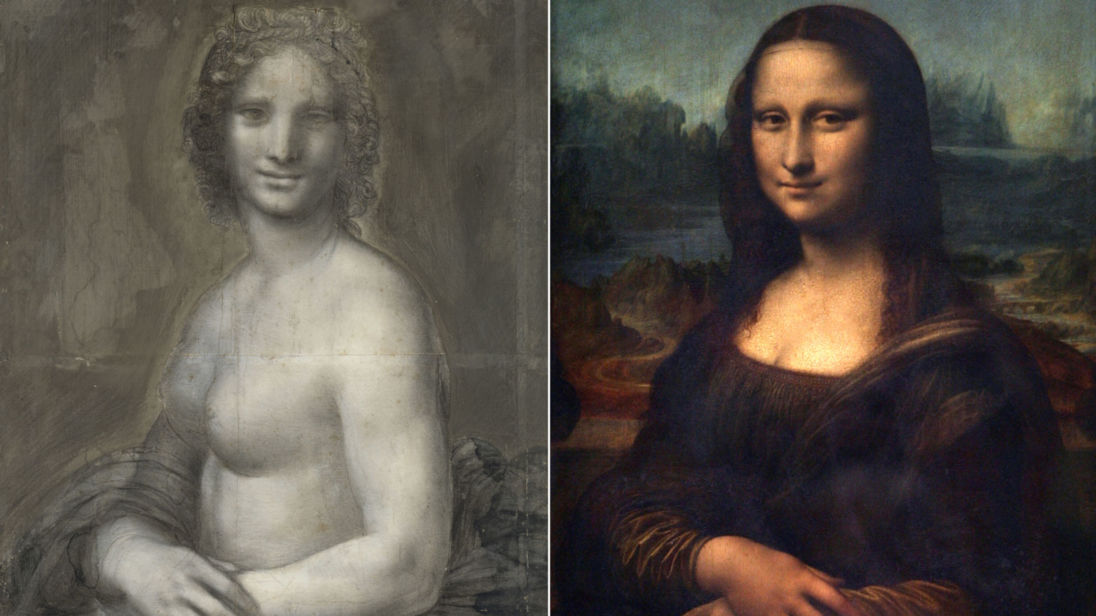 The sketch, which is almost the same size as the Mona Lisa, has been held since 1862.
The nude drawing that bears a remarkable likeness to the Mona Lisa may have been sketched by Leonardo da Vinci, French experts say.

Based at the Louvre in Paris, where the Mona Lisa is held, they have been examining charcoal drawing Joconde Nue.
It had been attributed to the artist’s studio, but after a month of tests at the Louvre, curators believe the “drawing is at least in part” by da Vinci, if not completely.

“The drawing has a quality in the way the face and hands are rendered that is truly remarkable,” curator Mathieu Deldicque told French newspaper Le Figaro.
“It is almost certainly a preparatory work for an oil painting,” he added, hinting that it is closely connected to the Mona Lisa.

He argued small holes pierced around the figure suggest it may have been used to trace its form onto a canvas.

Louvre conservation expert Bruno Mottin confirmed the drawing dates from da Vinci’s lifetime at the turn of the 15th century, and tests had already revealed that it was not a copy of a lost original.

But he told Le Parisien “we must remain prudent” about definitively attributing it to da Vinci, who died in France in 1519.

“The hatching on the top of the drawing near the head was done by a right-handed person. Leonardo drew with his left hand”, adding its analysis was a “job that is going to take some time”.

It is a very difficult drawing to work on because it is particularly fragile,” he added.

He said that they hoped to know the identity of the artist in a few weeks, in time for an exhibition at Chantilly to celebrate the 500th anniversary of Leonardo da Vinci’s death.

Melanin Goddess-I Was Told To Start Bleaching My Skin, When I was 12