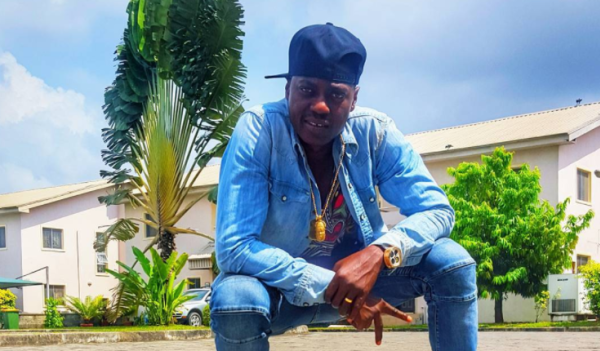 Veteran Nigerian rapper, Sound Sultan, in an interview has stated he owes his longevity in the industry to God, adding he has no idea how he has remained in the spotlight till now.

He also talked about keeping true to himself regardless of the success and advised young artistes to put God first and be humble.

He told Sunday Scoop, ‘To be honest with you, I don’t know why I’m still here. It’s not like I have any secret.’

Sound Sultan added, ‘I just try to stay true to myself even though the world may want you to be like everybody else. I love making music and I have decided to stick to it while constantly giving my best.

‘Most importantly, I owe whatever success I have achieved to God. If not for God, I wouldn’t be here. If I want to give any advice, I would say put God first and be humble.

‘I started music because I knew I had the flair for it. I was always around music and my elder brother, Baba Dee, also influenced me in that regard.

‘As of that time, there wasn’t much money in the industry and it was more about the passion that one had.

Sound Sultan also refused to name what his favourite track is, saying his best is still yet to come.

‘I really don’t have any favourite because I believe my best is yet to come. In as much as I still have life, I believe I would be able to come up with something better.

‘I believe in passing messages across with my songs because really, that is the essence of music in the first place,’ he said.

Related Topics:EntertainmentmusicNigerianrelevanceSound Sultan
Up Next

Jobberman Co-founders share their success stories on Under 40 CEOs | Watch!