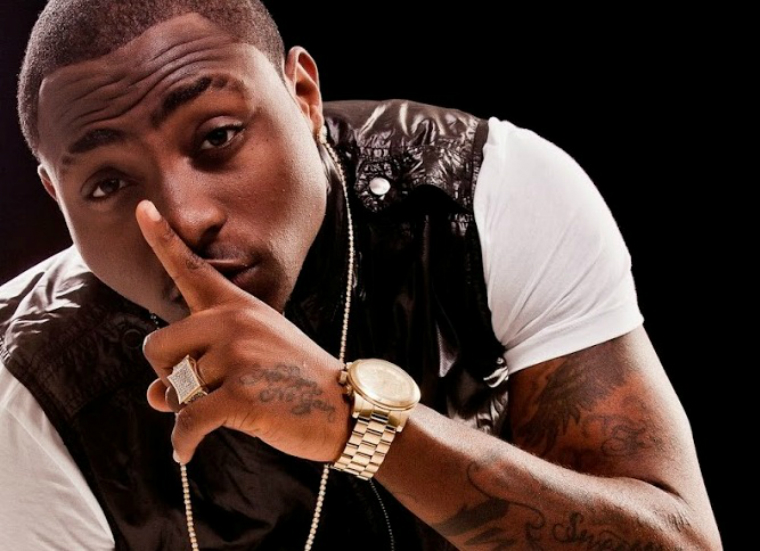 A-list Nigerian artist, Davido received the award for Musician of the Year at The Future Awards Africa 2017.

Emerging top in the music category with other artistes such as Tekno Miles, Kiss Daniel, Adekunle Gold and Simi, Davido publicly declared that he holds no malice against anyone.

“I no dey fight anybody o,” he said as he received his award.

The event was held at the Federal Palace Hotel, Victoria Island, Lagos. See the video below:

About The Future Awards Africa

The Future Awards Africa has been called the ‘Nobel Prize for Young Africans’, and the ‘most important youth awards’ by Forbes. It is a set of prizes given annually to celebrate and accelerate innovation, creativity and enterprise amongst young Africans aged 18 – 31. It has produced over 150 winners and over 1550 nominees since its first edition in 2006.

It is presented in conjunction with The Future Project, which has a mandate to build empowered citizens across Africa, through (inclusive) enterprise and (active) citizenship. This focus on Human Capital Development is informed by our value proposition: Africa’s growth needs a generation of young people who are gainfully employed and able to demand and secure better leadership.

Our projects include Aiki.ng, an employability portal presented with Microsoft; the Nigeria Symposium for Young & Emerging Leaders, #StartupsAfrica, Intern4Jobs, YMonitor.org presented with National Endowment for Democracy (NED), The Future Enterprise Support Scheme and The Future Awards Africa, described as ‘The Nobel Prize for Young Africans’.

Founded by the Chude Jideonwo and Adebola Williams, TFP is supervised by a Global Board of Advisors drawn from Africa, Europe, North America and the Middle East, including the Coordinating Minister of the Nigerian Economy, Dr. Ngozi Okonjo-Iweala; Senior Economic Advisor with the Open Society Foundations, Dr. Obiageli Ezekwesili; co-founder of ONE, Jamie Drummond and the Chief of Cabinet with the Africa Development Bank, Anne Kab

Wizkid win big over Davido at The Future Awards Africa 2017

PHOTOS: Osinbajo, Amaechi, Tonye Cole, others step out for The Future Awards Africa 2017