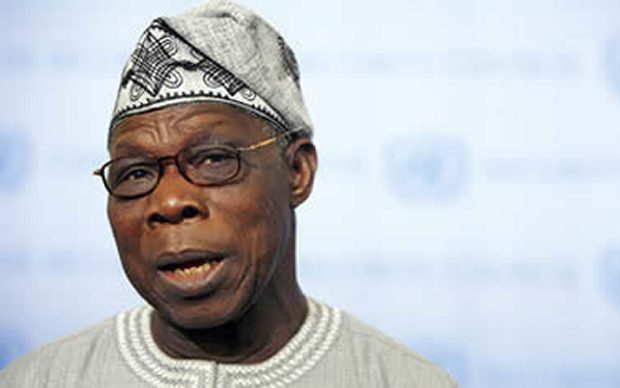 Former President, Olusegun Obasanjo has dismissed calls by those advocating the division of the country through the creation of a sovereign Biafra State.

He appealed to those advocating for the division of the country to purge their minds of such notions.

Obasanjo made the call in Kano yesterday when he visited Governor Abdullahi Umar Ganduje at the Government House to commiserate with the people of Kano over the death of Maitama Sule.

He described Nigeria as a land of prosperity where the citizens must continue to learn from each other, live in peace and be each other’s keeper.

The former President said: ‘”I encourage all Nigerians to look forward towards a future as a united country flowing with milk and honey.

“Nigeria is a country where everyone is a stakeholder, the thought of a divisible Nigeria should disappear from the minds of those leading such a campaign.

“Nigerians need to learn from Maitama Sule’s experience, wisdom and what he believed and preached.”

Obasanjo, who extolled the virtues of Maitama Sule, described the late Danmasanin Kano as a patriotic Nigerian whose shoes would be difficult to fill.

He stated that the likes of the former diplomat and elder statesman are rare, and that of those still alive, very few are of his quality.

He identified such honest and exceptional statesmen who are revered like the late Maitama Sule to include former President Shehu Shagari, Sule Gaya and Richard Akinjide.

He further stated that the death of Maitama Sule was a loss to all Nigerians, and that everyone should be condoled over the loss.

The two-time Head of State urged all Nigerians to emulate the late statesman by rendering the type of services Nigeria benefited from him.