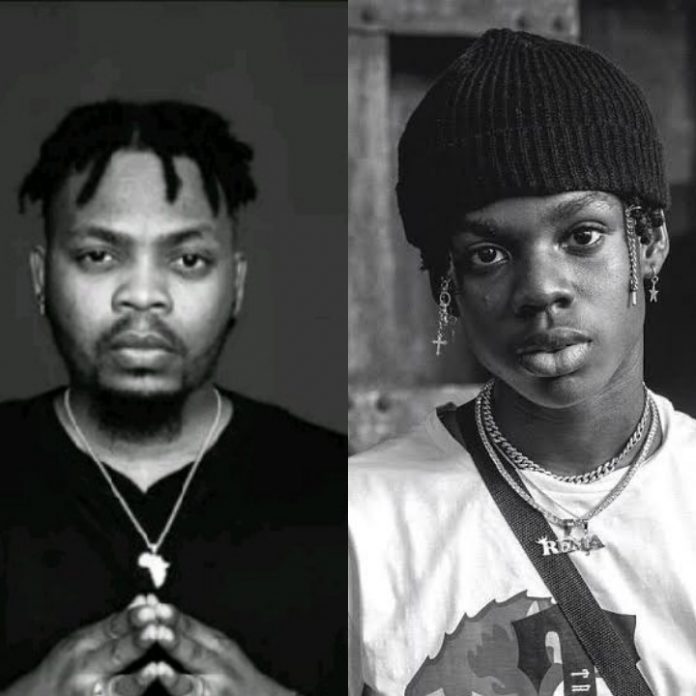 The streets of Twitter did not take it lightly as fans came out gun blazing when YBNL boss Olamide was being compared to Mavin Records artiste Rema.

Just as it is in the habit of Twitter Nigeria users to make funny, absurd assertions, a tweep opined that Rema is bigger than Olamide. The Olamide-Rema comparison which sounds supercilious sparked wide reactions on Twitter.

At the moment, Rema and Olamide are leading the trends in the Nigerian Twitter space. Below are some of the tweets poured out in regards to the comparison.

Stfu, is it by having plenty albums? Olamide has 7 albums but yesterday's Rema is bigger than him…Davido got singles bigger than people's albums, FALL,IF,BLOW MY MIND ETC

Rema is better than Olamide who has been consistent for 8years, won nearly 30 awards, the Greatest Indigenous Rapper ever, the Lord of Street Hop with over 50 Hit Songs. When Olamide was dropping Bars on Yung Erikina, Rema was still drinking Cerelac ffs ?

Olamide is the King of the Streets. He paved the way for people like Naira Marley & Zlatan.

Hell we knew Zlatan Cos of Olamide with that “My Body” song then, Davido danced to it too.

Olamide started this trend of bringing danced from the street to the limelight.

Rema is bigger than who.. Olamide ? I need not argue with you. They are per boiling noodles in your brain

– Olamide has stayed relevant/at the top for a decade.
– He has 9 albums.
– Runs a successful label.
– Not gone a single year since 2011 without AT LEAST one hit.
– He has discovered many top music stars(AG, Kesh, Fireboy, Pheelz, young Jon etc).

OLAMIDE BADOO IS A LEGEND!

Some statements just make you wonder how certain people breathe .
How you sit down , think and say Rema an upcoming artist who just had 1 good year in music is better than olamide a consistent entertainer is very very absurd . It’s not even up for debates , it’s disrespectful.