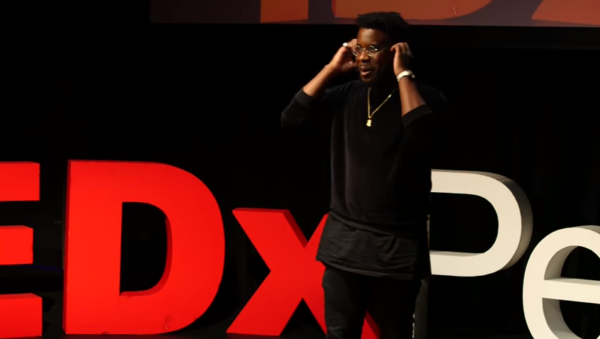 British born Nigerian music producer and artiste Maleek Shoyebi, popularly known as Maleek Berry has shared on parts of his journey that you may not know about at #TEDxPeckham.

He disclosed that he grew up listening to some of the biggest names in R&B from Tevin Campbell, Boyz II Men, Jodeci and of course the one and only King of Pop, Michael Jackson.

He also revealed that his grandmum organised parties in Lagos, popularly known as Owambes,  saying Fuji Music is the in thing at those parties.

He said is first word “apparently” was Michael Jackson.

He said growing up, he knew deep down that his true calling was – music.

He revealed that 3 months after he was born, he was brought to Kaduna, Nigeria. He said he was always watching Michael Jackson on TV, adding that his dad loved listening to music legend Fela Anikulapo-Kuti.

He said he was taken back to London at 6 years old, adding that at the time, “it wasn’t cool to be African”.

He said he became proud after seeing people with African background do well in school and other areas of endeavours.

Being the creative soul that he is, he said wanted to spread his wings to the Motherland.

In the summer of 2011 he flew out to Nigeria for a family holiday, but managed to take advantage of this trip and make great connections that would later change his status to an international producer.

Through his good friend and artist Davido, Maleek Berry was able to spark relationships with artists such as Wizkid, Naeto C and Wande Coal – all of whom he is currently working on records for.

New Video: Efe – Based on Logistics