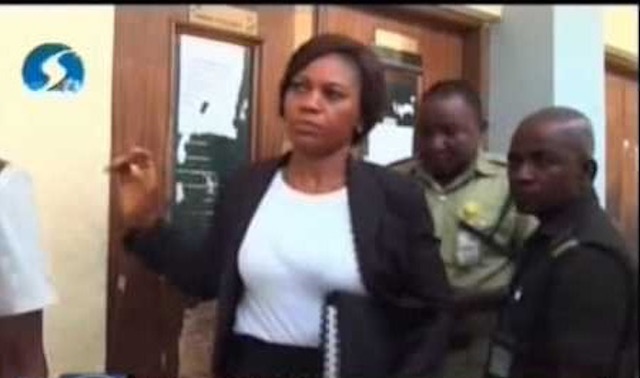 A Female Lagos lawyer, Yetunde Souza, accused of stealing ₦50.2million from Domino Stores and Ozone Cinemas, is set to know her fate soonest.

Justice Raliat Adebiyi of an Ikeja High Court on Tuesday, adjourned judgment in the case indefinitely. The judgement was scheduled to be delivered today.

However, when the criminal suit was announced in court, Adebiyi told the counsel present that the judgment was not ready. The judge said a new date would be communicated to all parties in the suit.

The Lagos State Government charged Souza with theft, in a case seen as gross professional misconduct.

According to the charge sheet, the defendant allegedly committed the offence between May and December 2011 in the premises of Dominos Stores, Alagomeji, Lagos.

The lead state prosecutor, Mrs Rotimi Odutola, alleged that the N50.2million which belonged to the supermarket and cinema was given to her by Mr Micheal Murray-Bruce.

The prosecution said that the money was for the renewal of the lease of a property situated at 1 Habour Road, Apapa, Lagos which belonged to NFS Food and Cold Storage Ltd.

The offense, the prosecution said, contravened the provisions of Section 390(9) of the Criminal Code Laws Cap C17, Vol. 2 of Lagos State 2003

Related Topics:Yetunde Souza
Up Next

Bishop Kukah gets new appointment from Pope Francis amid accusation