Lady sleeps with her friend's father as payback [VIDEO]
Advertisement 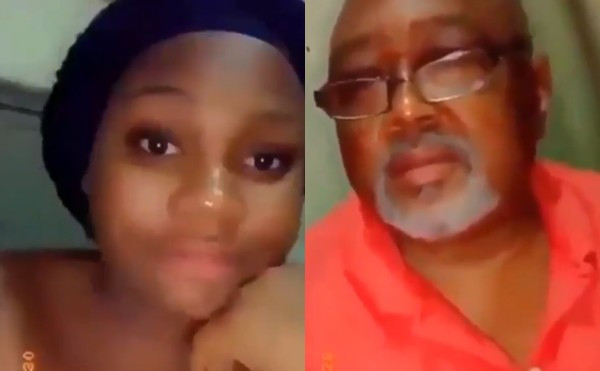 Lady sleeps with her friend’s father as payback [VIDEO]

An anonymous young Nigerian lady has taken to Snapchat to publicly call out her friend she identified as “Ada” for sleeping with her boyfriend.

A major highlight of the 17 seconds video was the moment the lady showed off her friend’s father she slept with as payback to her friend who allegedly slept with her boyfriend.

The lady was heard saying;

“Ada you slept with my boyfriend, see now I’m in the hotel room with your father. Hello honey say hello”

The alleged father of her friend at that point said “hello”. Here is the viral video below:

TV presenter Ulrika Jonsson, reveals why she had sex first time in 5-years with stranger