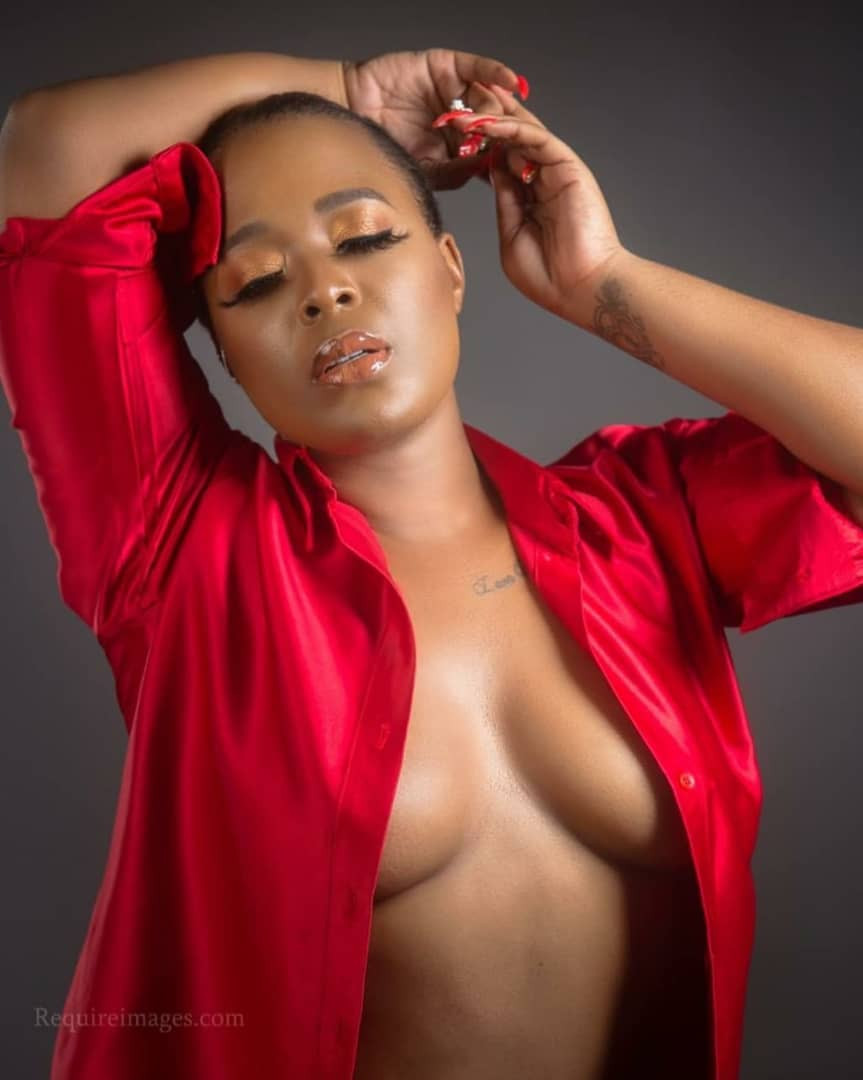 She captioned them “Valentine’s round the corner!!!”

See another photo below:

Abebe’s journey into limelight came after she decided to move back to Nigeria in pursuit of a career as a TV Presenter.

Born in the United Kingdom, Abebe went to Corona Ikoyi Primary School for her Primary School education, Dowen College for a year where she did part of her secondary education.

From there she went to Woldingham School and St. Teresa’s Secondary School also in Surrey where she then did her GCSE’s and A-Levels. In 2008 she gained admission into the University of Manchester, where she studied Law.

While she was in Secondary School she had great interests in a lot of extracurricular activities such as Public Speaking, Acting, Athletics and Dance which increased and developed her sense of creativity which would be of great advantage to her later in life.

Lady sleeps with her friend’s father as payback [VIDEO]