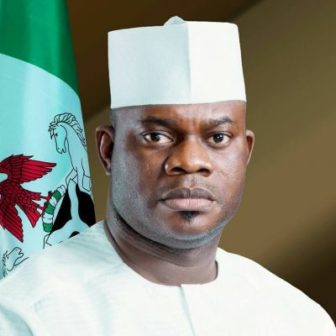 The Nigerian Medical Association (NMA), Kogi chapter, says it has extended to December 31, the two-week ultimatum it gave to the state government to meet its demands or face strike.

Dr Godwin Tijani, state Chairman of the chapter, revealed on Sunday in Lokoja.

He said that the extension of the date was due to the reassurances from the state government to meet the demand members of the association before Dec. 31.

“Congress resolved to extend the ultimatum to Dec. 31, for the actualisation of those promises.

“However, with effect from Jan. 1, 2018, NMA will be left with no option but to commence total withdrawal of services in all hospitals in Kogi.

‘’This is on the condition that the state government fails to properly address the demands on or before Dec. 31, Tijani said.

According to Tijani, the Commissioner for Health, Dr Saka Haruna had also assured NMA that government would address its demands.

He said Haruna gave the assurance during the Emergency Congress Meeting (ECM) of the association on Dec. 8 he attended with other top government officials.

“The Kogi NMA appreciates the Commissioner for Health, the Special Adviser on Health Matters and the Medical Elders for their role to ensuring industrial harmony in the health sector.’’

The chapter, on Nov. 24, gave the state government the ultimatum to redeem the promises it entered into with the association June 2017.

The state chairman said the decision to extend the ultimatum also emanated from the communiqué from the State Executive Council Meeting (SEC) of the association in Lokoja.

He said the the demands of the association include; failure of the state government to correct the salary underpayment of doctors in the Hospital Management Board (HMB).

Other demands are that: the eight doctors cleared over three months ago should be paid their 11 to 12 months backlog salary arrears.

Implementation of adjusted Consolidated Medical Salary Sale and Skipping for its members and payment of four to five months backlog of salaries of doctors in public hospitals in the state.

NMA also called for payment of salaries of the newly employed doctors who it said assumed duty August 2017.

According to the association, its members did not understand the nitty-gritty of their duty schedule in the planned application of Clocking System and the payment of their salaries.

Tijani expressed concern that the condition of doctors working with the Kogi Government had further deteriorated.

Amusement Park Management Cries Out To LASG Over Dumpsite