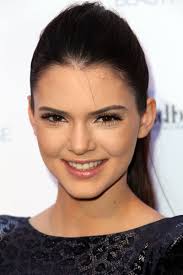 Kendall Jenner has been ranked the highest paid model of 2017, earning $22 Million this year, according to Forbes.

The model and reality star beat out top model Gisele Bündchen, who has been the highest paid since 2002. This year the Brazilian snags the second spot on the list as she earned $17.5 Million.

Joining the list for the first time, and being ranked third is Chrissy Teigen who earned $13.5 million.

This year’s list marks the first time siblings have ever appeared on the list, with Bella Hadid coming in 9th earning $6million and it also features the first curvy model to make the cut – Ashley Graham who comes in 10th earning $5.5 Million.

Taken into consideration, besides their modelling paychecks, are their endorsements, reality TV shows, clothing lines, cosmetics, fragrances and other contracts.

50 inspirational Quotes on Fear and Destiny by T.D. Jakes

Envious Much? See 5 tips on how to get rid of it