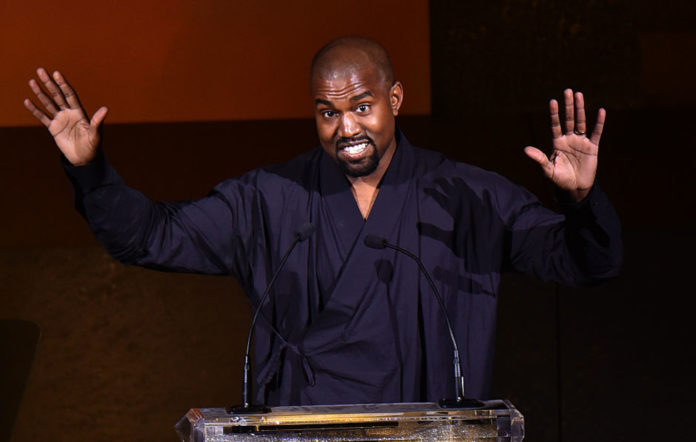 Kanye West has conceded defeat in the US presidential election after getting only 57,000 votes in 12 states, but vowed to run again in 2024

The Billionaire rapper took to Twitter to share a photo of himself posing in front of an electoral map and wrote: ‘WELP KANYE 2024.’

Recall West launched a campaign in July 2020 to run for president against President Trump and Democratic nominee Joe Biden under his self-described ‘Birthday Party.’

He made it on the ballot as either an independent or third-party candidate in 12 states, Arkansas, Colorado, Idaho, Iowa, Minnesota, Oklahoma, Utah, Tennessee, Kentucky, Louisiana, and Vermont.

Voting for the first time in a US Presidential election, Kanye revealed he voted for himself and wrote his own name along with his Vice presidential pick Michelle Tidball on the ballot in Wyoming, after he failed to submit enough petition signatures in August to get onto the Wyoming ballot.

After voting for himself, Kanye conceded defeat after garnering a little more than 57,000 votes, as the results came out on November 4.

According to the Associated Press, West appeared on the ballot in 12 states and his best performance in the election was in Tennessee, where he won 10,188 votes.

In Colorado, which went for Democrat Joe Biden, West won nearly 6,000 votes. He also received a little more than 1,200 votes in Vermont, a state which Biden also won.

In Utah, 4,053 voters cast their ballots for West, according to the AP tally.