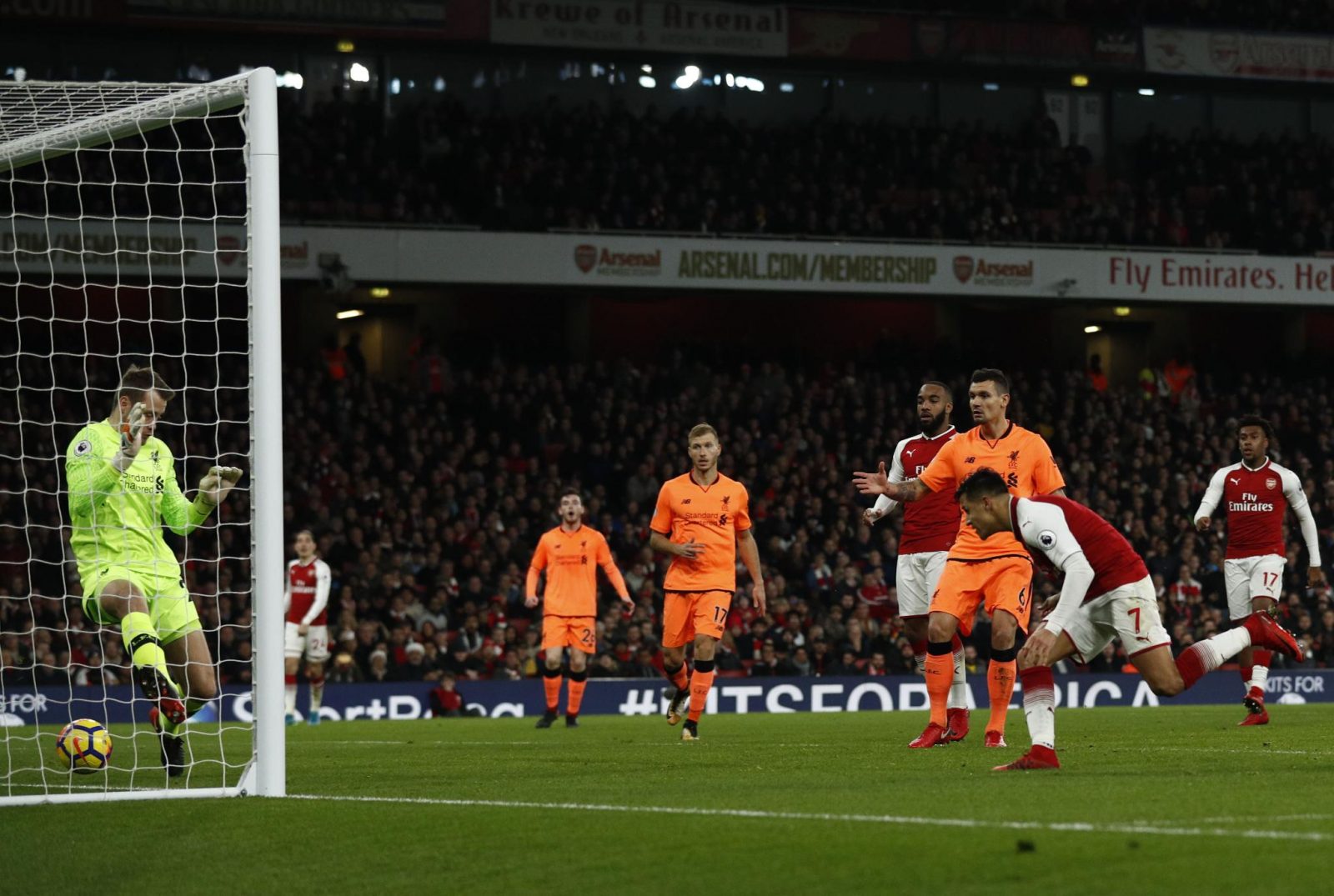 Nigeria winger Alex Iwobi played a key role as Arsenal and Liverpool played out a thrilling 3-3 Premier League draw at the Emirates on Friday.

Iwobi who received a yellow card in the 57th minute provided the assist for the Gunners second goal.

He was substituted for Danny Welbeck in the 77th minute.

Philipe Coutinho, Mohammed Sallah and Robert Firmino were on target for Liverpool, while Alexis Sanchez, Granit Xhaka and Mesut Ozil got Arsenal’s three goals in the game.

The visitors saw more of the ball in the opening minutes, moving the ball around with confidence.

They were however forced to make a change in the 13th minute when Jordan Herderson hobbled off the pitch with an injury and was replaced by veteran midfielder James Milner.

Arsenal on the other hand struggled to get into the game with their key men Ozil, Alexander Lacazette and Sanchez not at their best.

Sallah added the second for the Reds on 52 minutes, curling home a beautiful shot for his 15th league goal of a remarkable season.

Arsenal turned the game on its head with three quick goals within a space of six minutes.

First, Sanchez reduced the deficit getting ahead of Joe Gomez in the 54 minute to put the ball beyond Simon Mignolet.

Two minutes later, Xhaka received a pass from the lively Iwobi then unleashed a powerful shot from outside the box that Mignolet failed to deal with.

Arsenal took the lead for first time in the game on 58 minutes after Ozil exchanged passes with Lacazette and dinked the ball over Mignolet.

Firmino dragged Liverpool back in the game in the 72nd minute with Petr Czech failing to deal with his shot from the edge of the box.

With the result Liverpool and Arsenal remain fourth and fifth respectively in the Premier League table.