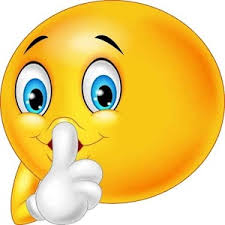 No seriously, Apple on Friday announced that it’s preparing to unleash a flurry of new emoji next week when the next iOS 11.1 beta rolls out.
Goodies like the “shhh” emoji, the I-love-something-in-a-different-color, and the curling emoji are all part of the package. Yay!!!

rolls eyes When your mate is doing real-time translation.

Jokes aside though, emoji are now the norm of modern day texting to another human being. Just disable your emoji keyboard on iPhone, iPad, Android, Facebook, or whatever else you use, and see for yourself. An emoji isn’t worth 1,000 words, but it’s still a fast way to deal with communications.

Apple knows this all too well, and it really likes it. Well, we know that at least Craig Federighi loves them, considering how excited he is about the iPhone X’s Animoji.

Getting back to the new batch of emoji that are packed into iOS 11.1 beta 2, you should expect hundreds of new toys for texting, including “more emotive smiley faces, gender-neutral characters, clothing options, food types, animals, mythical creatures and more.”

Related Topics:animojiappleemojiiOS 11.1 beta
Up Next

How To Factory Reset PC, Laptop or Tablet Running Windows