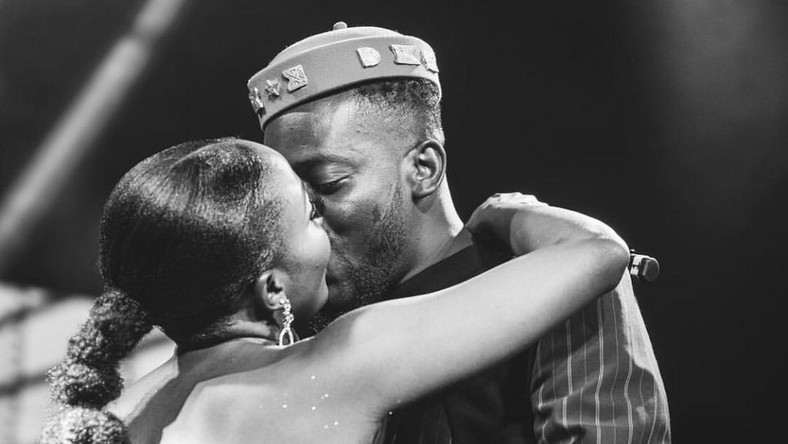 Nigerian singer and songwriter, Simisola Ogunleye says Adekunle Gold “chased me all over Facebook” before she eventually met him.

The singer, who recently set up an independent record label, said Gold was a fan of her music right from when she was a gospel singer.

According to Simi, they met for the first time in 2013 at Bogobiri House, Ikoyi, where she had gone to perform.

“He was chasing me all over Facebook. When I was doing gospel music, he used to listen to my songs,” she said in an interview on Ndani TV’s The Juice.

“Over the years, we were friends at first. When I first met him, I knew him as king of photoshop. I didn’t know he was doing music seriously.”

The ‘Joromi’ singer also spoke about her rumoured romance with Folarin ‘Falz’ Falana, saying they kept quiet despite the speculations because “it was selling the music”.

She said: “Most of the songs we were doing were really goofy. We were not trying to be sexy or sexual. We were just vibing and people were attracted to it.

“We never said that we were dating but at the end of the day, it was selling the music. I was in a relationship at the time so I definitely was carrying my man along and he knew that it was the game. Now, they are closer. They don’t even talk to me.”

Commenting on her early days as a musician, Simi said she went into music business just to sing.

She said: “I didn’t want the fame of music, I just wanted to sing. Back when I started, I wanted my songs to be popular but no one would know me.

“I’ve adapted pretty well. I decided that no matter where I am, I will stay true to myself; whatever growing or learning I would do would be at my own pace and it would be for myself because the sanity is important.”