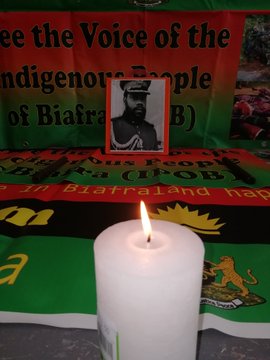 Hoodlums, on Tuesday, were reported to have stormed some schools in Onitsha, Anambra State to force students to observe ‘Biafra Day’ in the state as they chased them from classes.

The market squares were not spared either as the hoodlums went on to disperse traders, invoking fear among residents.

Residents, in their own defense believed they were not sure on whether Biafra Day was celebrated every May 30, was observed on Monday, usually set aside as a sit-at-home in the South East.

While some resolved to stay at home for fear of harassment, those who stepped out had no choice but to return home.

Witnesses at one of the markets revealed the hoodlums stormed the market as early as 8.45am, insisting they close shops and go home.

“They said today must be observed as sit-at-home to mark the annual Biafra Day because yesterday was the normal Monday sit-at-home day and not Biafra Day,” a trader revealed.

But contrary to the reports, Emma Powerful, the Media and Publicity Secretary of the Indigenous People of Biafra (IPOB), challenged the rumor, arguing the group had not yet declared a sit-at-home in the Southeast.

“There’s no sit-at-home at all in the entire Southeast. Please disregard such information,” he said.