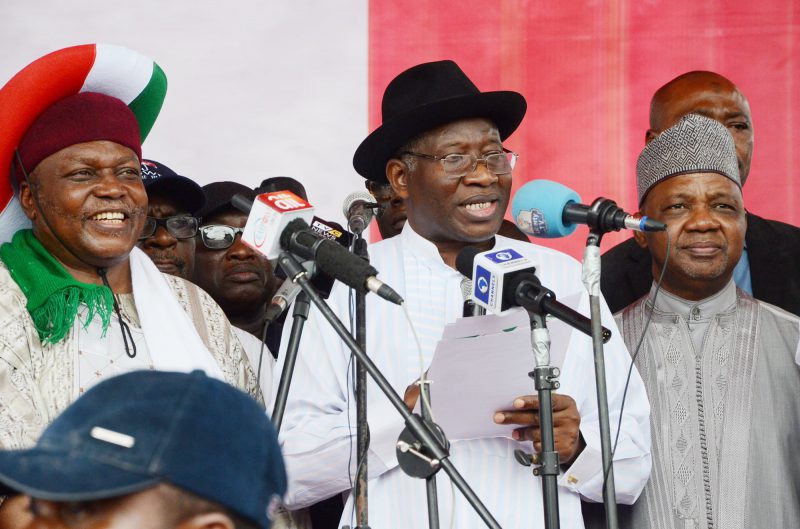 Speaking during the party’s elective national convention in Abuja, on Saturday, Jonathan said the party had over the years, remained focused and resilient in spite of several challenges.

Jonathan said the PDP was a party with an indelible history and principles.

According to Jonathan, PDP will remain at the forefront of leadership by example.

He said, “Ours is a party with an indelible history and proven record on its tradition and we have been consistent in standing firm.

“Today is a unique day because we are going to elect leaders that will steer the activities of the party for the next general elections and we charge those that will win the election today to carry everybody along.’’