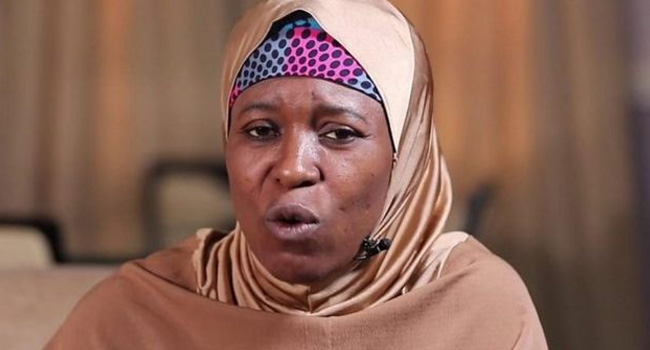 Yesufu said this in reaction to Buhari’s silence on the attack on #EndSARS protesters at Lekki on Tuesday evening. Buhari addressed the nation on Thursday, 48 hours after military operatives shot at unarmed protesters but kept mum on the incident.

Several people sustained various degrees of injuries but the number of casualties, if there are any, remains a controversy. Speaking in a recent interview, Yesufu said Buhari’s silence on the issue “is a normal way that the president has always behaved”.

“He never shows enough empathy or any empathy for Nigerians who are killed and even his speech, 20 people were reported to have been killed in Zamfara, there was no mention of them. So he has been disdainful of Nigerian lives,” Yesufu said.

She accused the government of bringing in thugs to disrupt the peaceful protests against police brutality across the country.

“The #EndSARS protest has been peaceful until government decided to bring in thugs. They attacked them with police and military and these thugs went rogue and attacked protesters and now attacking properties of Nigerians,” she said.

“And it’s quite sad that our government tends to do things without thinking of the repercussions.

“And when #EndSARS protesters were able to apprehend some and hand them over to the police, the police refused to arrest them. So, it’s the way politicians and those in government have constantly done their things.

“For me, it remains that young people found their voices and are speaking up. It shows Nigerian youth are standing, are resolute and are determined that something is going to come out of it. In the end, power belongs to the people. The highest office in the land is the office of the citizens and citizens will continue to make demands.”

Speaking on her role in the protests, Yesufu said she never organised or led it but only used her presence to give moral support to the youth.

“I was never at the front seat of the protest. The day when that picture was taken, I was at the back all throughout because it is a protest by the Nigerian youth. It was when police decided that they were going to shoot at them that I came forward,” she said.

“I went there to give them moral support after they were attacked by the police. We need to understand that Nigerian youth are capable of doing so much.”

Related Topics:Aisha Yesufu
Up Next