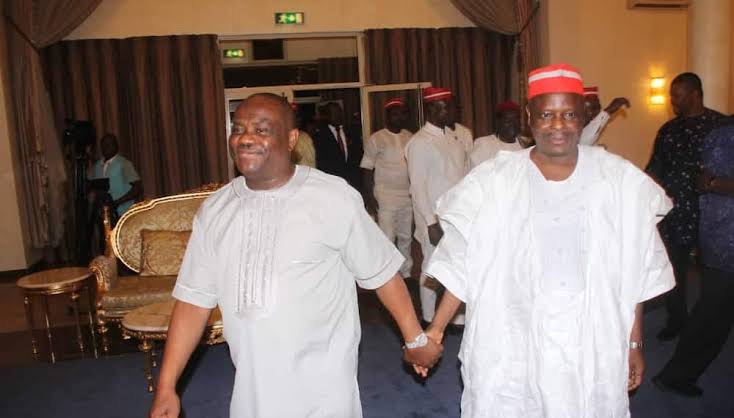 The former Governor of Kano State and presidential candidate of the New Nigeria Peoples Party, Rabiu Kwakwanso paid a visit to the Rivers State Governor, Nyesom Wike, on Friday.

Both Wike and Kwakwanso were seen in front of the former’s residence exchanging pleasantries.

This came about 24 hours after the former Minister of Niger Delta Affairs, Elder Godsday Orubebe, as well as the Senate minority caucus, led by its leader, Philip Aduda, visited Wike.

The presidential candidate of the Labour Party, Peter Obi, and the Governor of Bauchi State, Bala Mohammed, also visited Wike on Wednesday.

Similarly, Governor Dave Umahi of Ebonyi State had visited earlier in the week.

The recent visits by the Peoples Democratic Party leaders, presidential candidates and top politicians, certainly have a connection with the 2023 general election.

All the visits so far have been followed by a closed-door meeting with the outcome unknown to any.

SOKAPU laments over the killings in Kaduna state