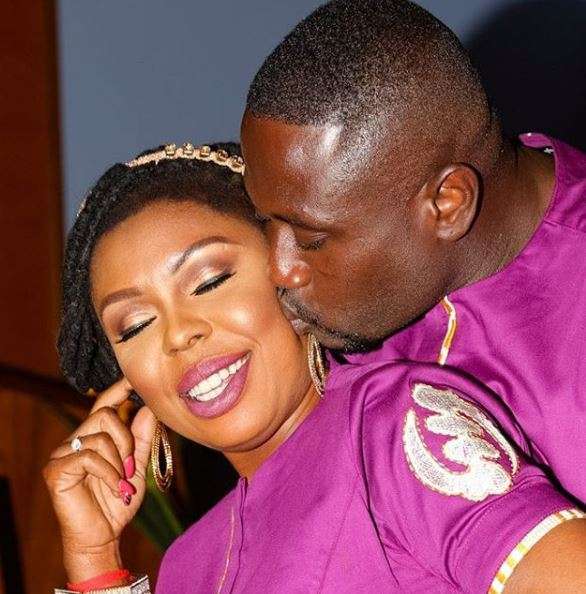 Out of shame, Afia in defense rushed into the bathroom for a towel to cover herself and asked what he was doing in the house and who invited him.
Lawrence is seen asking the unidentified man if he wasn’t aware that Afia is a married woman as he rained abuses on her by shouting ”Ashawo”. Abrokwah who claims to have in his hand a bottle of liquid substance which he claimed is acid and threatens to empty the contents on both if they fail to cooperate.

Her husband on the other hand admits they only had a disagreement and he went to see his mother only to return to see her being laid by another man wondering what kind of woman she is. Mr Abrokwah reveals he has been trailing her sleeping around with other men and was only waiting for the opportune time to close up on her.

Earlier in the week, news of her extra-marital affair broke out as it was reported that Afia went with another just cos her husband couldn’t pay the money they borrowed for their wedding which held in South Africa.

10 Most Wanted Bachelors in The Nigerian Entertainment Industry

Why girls now reach puberty earlier than before