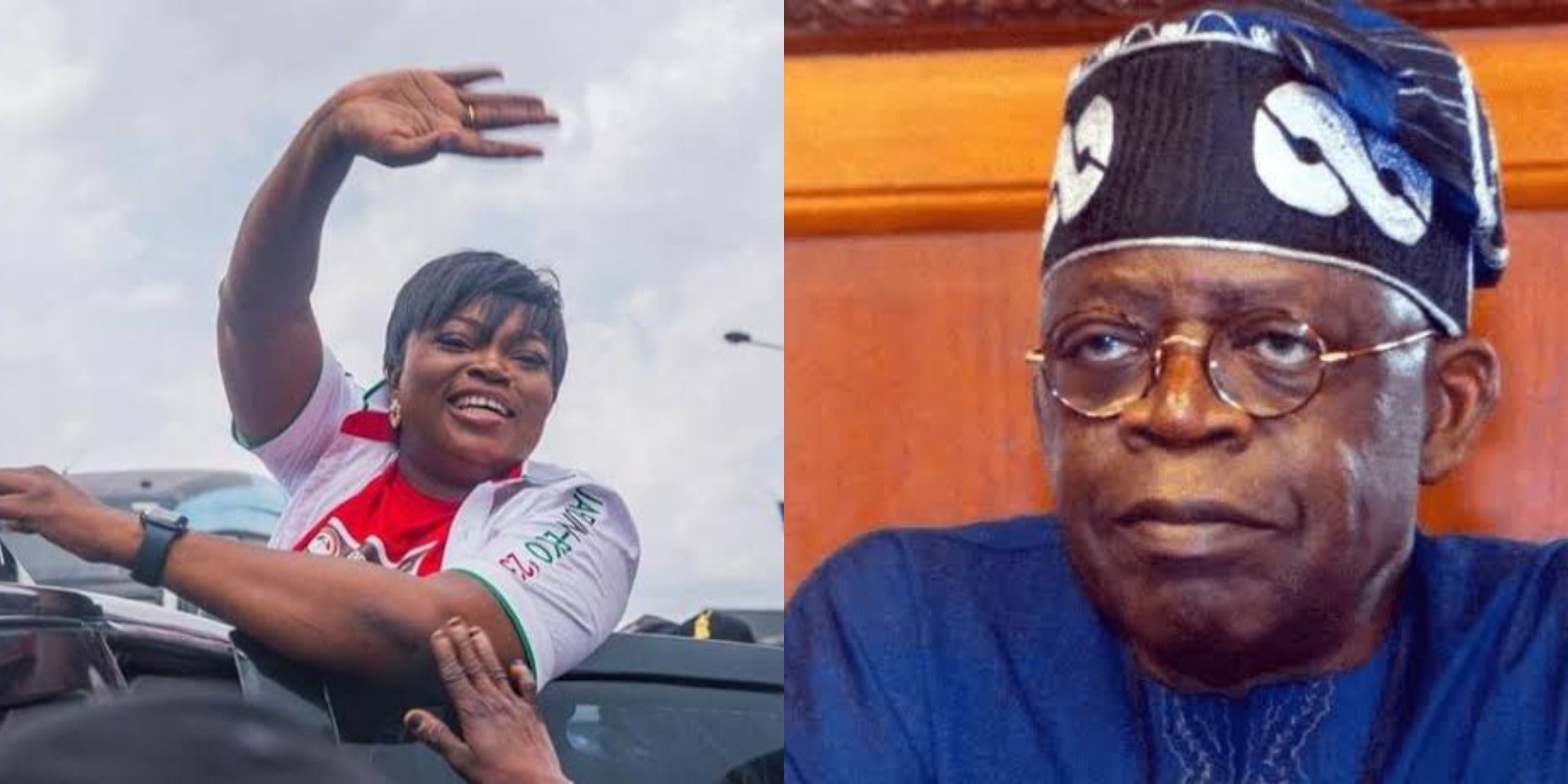 Despite the recent political threat by the All Progressive Congress presidential candidate, Tinubu, Funke Akindele remained focused on her political ambition come 2023.

Being unmoved by such condescending action by the former governor of Lagos State, former actress Funke Akindele has declared herself the “Deborah of Lagos State” while moving ahead of her political campaign for the Lagos State Gubernatorial seat come 2023.

TopNaija recalls that Bola Ahmed Tinubu had a subtle shade on the actress after he warned those campaigning for him on Wednesday in lagos, not to mention the name of Funke Akindele in his presence.

At the political outing, his supporters had sung a campaign song. They described Funke Akindele as a political ‘ant’ compared to the incumbent Governor, Babajide Sanwo-Olu.

“Who is Funke Akindele before Sanwo-Olu of Lagos? She is an ant,” the supporters sang.

But Tinubu fumed: “Don’t even bother to mention her name in my presence. It is an insult. It is disrespectful.”

In a swift reaction on social media moments ago, Funke Akindele shared a video of herself, proudly highlighting her achievement and why her dreams are valid for the girl child.

In related notion, the actress, Funke Akindele, had, weeks ago, called out the Lagos State government over the death toll and the lives lost due to the recent flood in the State.

In Funke’s point of view, the present government is irresponsible as they failed to declare a state of emergency, especially in the riverine communities.

She took to the gram and wrote, “After speaking with people in several wards across the state, I feel compelled to share my concern about the safety of Lagosians in all areas of the state.

“The Lagos state government put out a flood warning for several parts of the state. But it is yet to announce a state of emergency or share a detailed response plan in the event that flooding endangers the lives of citizens.

The fact that Lagos state has not declared a state of emergency, especially in the riverine communities, is extremely irresponsible. And puts so many Lagosians at risk. Our riverine communities do not have functional gutters, flood canals built to channel flood water are filled with silt & blocked by refuse and our waterways are overrun by water hyacinths. It is a disaster waiting to happen.”

Bandits Killed During Invasion of Market In Zamfara