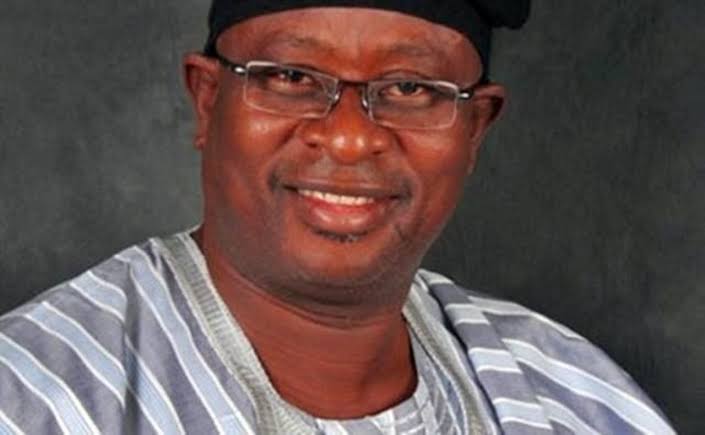 Chief Kenneth Gbagi, who was once a former Minister of State for Education, has said that Nigeria’s next president should come from the southern part of the country in 2023.

Gbagi, who is the Delta State Governorship candidate of Social Democratic Party, made the declaration while addressing journalists at his Oginibo country home in Ughelli South Local Government Area of Delta.

The former minister insisted that the unwritten constitution of North-South power rotation which has been in existence in Nigeria for the past few decades “is the most equitable thing” that could guarantee enduring peaceful coexistence among the various ethno-religious nationalities in the country.

He said, “What I am saying now is that I am a Southerner. I support and ask all Southerners, all religious organisations, teachers, pensioners and everybody that has true understanding of life, to support the North-South rotational issue. If you do not support the shift from the North to the South, your children will die slaves; your children children will die as slaves. We cannot afford this. We all own this country. We believe in this country. I don’t hate any Northerner. After all, you can see people from different parts of the country – North, South, East, West – that I have been associating with.

“It is on record that we resolved that the North should do one term and Presidency should come back to the South. Fortunately for me, I am from the South. I will support a Presidential candidate from the South. So, let us not waste time, I don’t know how to pretend.

“As at today, there are three Presidential candidates from the South of Nigeria. There is Niyi Adebayo who is from Ekiti State and a young lawyer of the Social Democratic Party; also Peter Obi of Labour Party and you also have Bola Tinubu of All Progressives Congress.

“If you people want this country to go foward, you have the three of them to play with. But my choice, and if you are my friend, is to vote for SDP.
“We agreed publicly that once North, once South. Anyone who does anything to thwart that effort to bring governance to the South of Nigeria is only working for parochial interest. I don’t care anywhere in the South. We must bring President to South for the next eight years after President Buhari. Thereafter, we will take governance back to North for another eight years. That is the most equitable thing I will support, as a lawyer. Anything to the contrary is dead on arrival. Nobody will support that.”

Speaking on his governorship aspiration in Delta State, Gbagi promised that he would win the election in a free and fair atmosphere just as he promised to turn around Delta State if he emerged the next Governor of the State.

“Delta is the richest State in Africa, richer than 34 countries in the world. I believe that with all that is available here, I will turn Delta State to glory,” he stated.