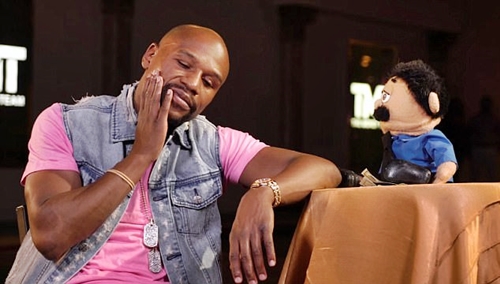 Floyd Mayweather is someone we know to do things extravagantly and massively, from the cars, clothes, body guards and now girlfriends. He has a whooping  7 girlfriends or “Lucky girls” as he calls them.

The retired boxer, who beat Conor McGregor in his 50th and final fight last month, has revealed he has as many as seven girlfriends.

Mayweather, who was speaking to YouTube channel Awkward Puppets, said: “How many women do I have? Probably about seven deep. Lucky seven.

“We go out to eat, some of us travel together. Having one is too close to having none.”

The 40-year-old stopped UFC star McGregor in the 10th round in Las Vegas and earned himself as much as £200million for the fight.

But he insisted he won’t be tempted to return again.

He added: “My last fight was the Money Fight. The next fight, they’ll try to get me to fight an alien on another planet.”

And Mayweather revealed how many cars he has.

He added: “I have 25 [in Las Vegas]. I got my rare Bugatti, and my Ferrari right there.

3 Months: From Fat Kid, To The Guy With The Body Of A Marine