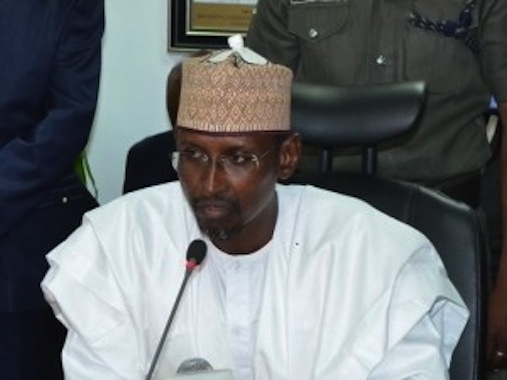 The FCT Administration says land belonging to the Nigerian Army in the territory that has been encroached upon will be reclaimed.

The FCT Minister, Malam Muhammad Bello gave the assurance when he received the Chief of Army Staff, Lt.-Gen. Tukur Buratai, who paid him a visit in his office.

Bello said that already, a team had been working to resolve the issue of land encroachment in the territory, including army landed property in all parts of the FCT.

The minister blamed the issue of land encroachment on influx of people into the territory and weak institutions in the past.

He said land in the FCT was being identified and gazetted with a view to reclaiming those that had been encroached upon.

Earlier, the army chief said a number of lands belonging to the army in different parts of the territory had been encroached upon and sought the assistance of the Minister to reclaim them.

Buratai said the army was desirous of reclaiming its landed property in the territory that had been encroached upon, but would want to follow due process and not take the law into its hand.

The chief of army staff also paid a courtesy visit to to the Minister of Agriculture and Rural Development, Chief Audu Ogbeh, and informed him that the army had keyed into the Federal Government agriculture programme.

He told the minister that the army had set up ranches with a number of animals in different parts of the country, as well as delved into fishery and poultry through the Barracks Initiative and solicited assistance to expand them.

Responding, Ogbeh commended the army for keying into the federal government agriculture programme, saying that the Bank of Agriculture was being restructured to bring down interest rate on loan.

He said the country in recent past had imported “too much” of goods, particularly rice, which he said had affected the economy.

The minister, however, said the import had reduced drastically since the current administration came on board.

PDP Reps walk out of plenary over defection of member