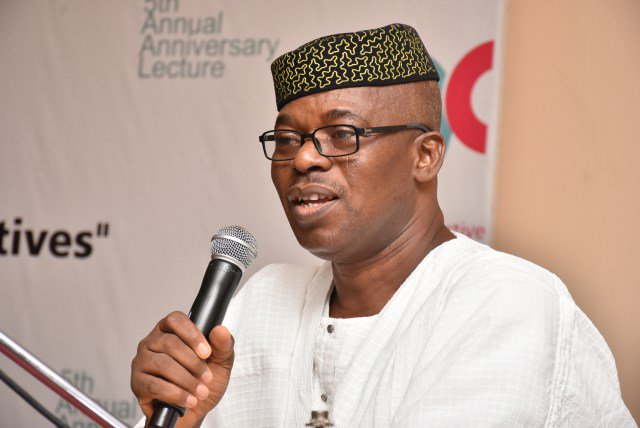 Chief Segun Oni, a governorship aspirant on the platform of the All Progressives Congress, says his re-election bid is a redemption mission.

He urged every progressive-minded person to be a partaker.
Hide quoted text

Oni, a former Governor of Ekiti State, is currently seeking nomination by the APC to contest the 2018 governorship election in the state.

Oni, who is also the Deputy National Chairman (South) of the APC, said this in an interview with the News Agency of Nigeria in Ado-Ekiti.

He said: “My re-election as governor of the state is on a mission of redemption and I urge everyone who sees himself as a progressive to join the train and be a partaker.

“And for those who are yet to fathom how it will manifest, I will advise that they should be patient and be watchful because this is an assignment God has perfected and which no one can undo.

“Blackmail can’t undo it. Let’s work together and face the task ahead to free the state from the stranglehold of its captors.

“It is still strange to me that some people in APC believe that just any aspirant would do.

“The correct position is that Ekiti State is hugely populated by residents of voting age and when we employ strategic thinking and approach, our party would regain power in the state.

“We have a very good opportunity this time around and we must work together to get to our Uhuru.

“Enough of anonymous newsletters and pamphleteering to disparage my person.

“If they are yet to come to terms with the reality, with all intents and purposes I will be the next governor of Ekiti State by God’s grace.

“Today, the popular candidate wins election, most especially in this our Ekiti.

“The people can now see clearly and think wisely to decide who they want as their governor. Today, the electorate votes for one with the best name, integrity and image.”

The former governor, however, queried attacks on his person, but was quick to add: “He, who has head, must surely feel the pain of headache.

“I am a factor in the APC; I’m not surprised at the daily attacks on my person. You cannot be the leading aspirant and expect not to be attacked.”

NAN recalls that Oni was governor in Ekiti State between May 29, 2007 and October 15, 2010 on the platform of the Peoples Democratic Party when the Court of Appeal in Ilorin nullified his election.

How the Barcelona attack happened‎ – Eyewitnesses