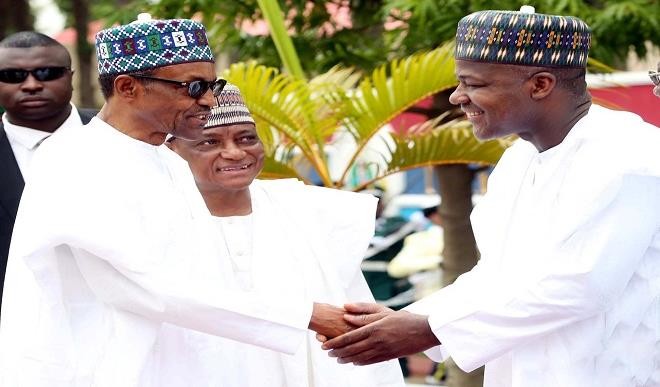 Speaker of the House of Representatives Yakubu Dogara clocks 50 years today, with President Muhammadu Buhari extolling his virtues of humility, among others in a goodwill message.

Dogara from Bauchi state was elected speaker of the lower chamber of the National Assembly on 9 June 2015.

President Buhari who described Dogara as an ‘erudite and charismatic leader’ praised Dogara’s humility, simplicity and discipline in providing exceptional leadership for the lower house for over two years.

He said the lawyer from Bauchi has diligently bridged the gaps between the legislature and the executive and created a harmonious atmosphere for debates and exchange of ideas for national development.

According to Buhari, the Speaker’s personal attributes of selflessness, maturity and friendliness have substantially eased the relationship between the Executive and the Legislative arm, resulting in the passage of bills that directly impact the livelihood of Nigerians.

President Buhari said he believes Nigeria’s future can only be secured with great leadership by younger Nigerians, who are fired with the zeal to build one great nation that everyone can call a home.

Dogara began his education in 1976 at Gwarangah Primary School in the then Tafawa Balewa Local Government Area of Bauchi State.

Upon graduation in 1982, he went to the Bauchi Teachers’ College for his secondary education, and obtained a Grade II Teachers’ Certificate in 1987.

From 1992 to 1993, Dogara was a student at the Lagos campus of the Nigerian Law School and was called to the bar in 1993. He later obtained a Masters (LLM) in International Commercial Law at Robert Gordon University, Aberdeen, Scotland.[1]

Dogara in 2007 won the Bogoro/Dass/Tafawa-Balewa constituency seat at the Federal House of Representatives.