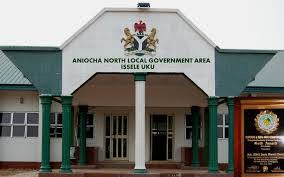 A man identified as Nwosu is currently at large in Delta State after allegedly raping a 13 year old girl to death at Issele Uku community in the Aniocha North Local Government Area of the state.

Nwosu, a local government worker in Delta state, accosted the victim on Tuesday around 9pm when she was returning home from an errand her aunt sent her.

Nwosu allegedly hypnotised the child and took her to a nearby hotel where he committed the act which is suspected to be for ritual purposes. The girl was later rushed to the hospital where she gave up the ghost.

The founder of a rights group, Behinds Bars, Harrison Gwamnishu, gave an account of the incident to The Punch.

He said, “The victim went to buy something on Tuesday night and on her way back home, the man, who was driving a white Hilux vehicle, stopped and asked her to enter the vehicle. She did not know the man before and she didn’t know when she entered the vehicle.

“The man drove her to a nearby hotel and raped her. After he finished, he gave her a white handkerchief to clean her private parts. The man collected the handkerchief and later dropped her somewhere to walk back home. It was when she got home that her sister saw that she was bleeding, and when she asked her what happened, the girl explained.

“The aunt called us that Tuesday around 11pm about the incident, but we couldn’t go there from Asaba because it was late. So, we told them to take her to the nearest hospital for treatment, but they could not take her to the hospital that night because there was no vehicle

“The next morning, the girl took them to the hotel which the man took her to and the people there confirmed that the man brought her to the hotel and they provided his name. She was also taken to a hospital, but the doctor referred them to the Federal Medical Centre, Asaba.

“On their way, the vehicle developed a fault, while the girl was bleeding badly. So, they got another vehicle that took them to a nearby hospital where she was being treated till she died around 4pm.”

Gwamnishu said the case has been reported to the police and urge them to ensure justice is served.

“We have taken the police to the mortuary to see the deceased and I think by tomorrow (Friday), the case should be transferred to Asaba.

“We want the police to intensify efforts to make sure the culprit is arrested and justice is served,” he added.

The Delta state Police Public Relations Officer, Bright Edafe, who confirmed the incident, said the command was investigating it.

He said, “Yes, it is true; efforts are ongoing to arrest the suspect, who is currently in a hideout”.