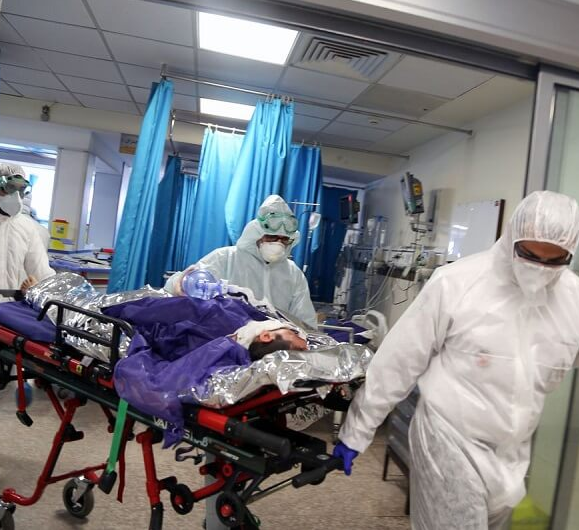 Not less than five more persons have died from COVID-19 complications as Nigeria recorded 559 fresh cases on Wednesday.

The Nigeria Centre for Disease Control (NCDC) confirmed the infections in an update on its Facebook page late Wednesday.

According to the NCDC, 2,578 persons have died due to complications from the disease.

Wednesday’s infections were confirmed in 14 states and the Federal Capital Territory (FCT).

Nigeria’s COVID-19 epicentre, Lagos, had the highest number of cases for the day – 232 – followed by Rivers State with 83 persons infected with the virus.

As the battle to contain the pandemic continues, the Federal Government said it has received 39,800,000 doses of the Johnson and Johnson COVID-19 vaccine.

The Executive Director of the National Primary Health Care Development Agency (NPHCDA), Faisal Shuaib told journalists on Monday in Abuja that the new doses were received on Saturday.

According to him, the single-shot vaccine was obtained through the African Vaccine Acquisition Team (AVAT) which is a facility provided byAFREXIMBANK.

Elsewhere in the world, Liverpool and Manchester City could be deprived of Brazilian internationals this weekend after they refused to release players for international duty over strict coronavirus rules.

The Brazilian football association (CBF) confirmed to AFP it had asked global governing body FIFA to invoke regulations that bar players for five days after an international break if they are not released by their clubs.

Fred and Thiago Silva could also be absent for Champions League matches next week.

The CBF has not requested a ban for Everton forward Richarlison after he was allowed to represent Brazil at the Tokyo Olympics, where they won the gold medal.

Premier League clubs announced last month they would not release players for internationals in countries on Britain’s red list for travel restrictions aimed to curb the spread of coronavirus.

Despite lobbying from FIFA, no exemption was offered by the UK government for players involved, meaning they would have been forced to quarantine in a government-sanctioned hotel for 10 days on their return to Britain.