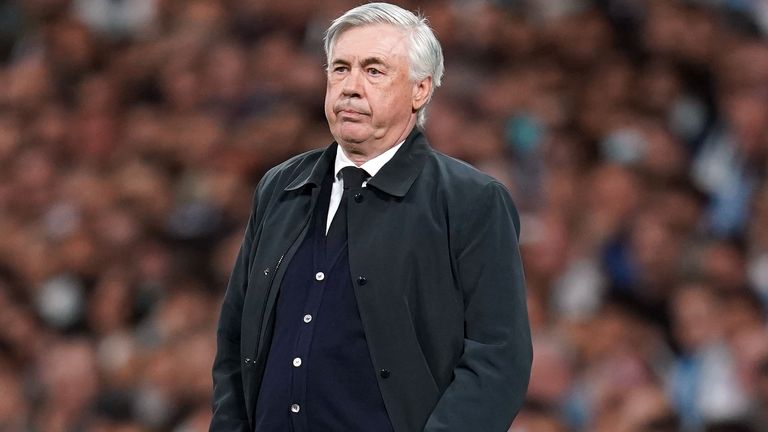 Real Madrid were unbeaten in the league since the beginning of the season, then Rayo Vallecano happened, probably to show to the world the story it isn’t seeing; La Liga still got value, or perhaps to expose Carlo Ancelotti’s lapses.

The defeat came quite as a shock for audiences considering the La Liga giants shot themselves into the lead after coming from a goal down against Rayo Vallecano, but for some reason, the home team came right into the game to snatch a late victory for themselves.

The result of course would leave a Xavi Barcelona side salivating as they sit top of the league at the moment on 2 points ahead, rightly after the Barcelona managed complained of the Europa League round of 32 draw against Manchester United.

Carlo Ancelotti, manager of Real Madrid, has provided an explanation for his team’s 3-2 LaLiga loss against Rayo Vallecano on Monday.

Real Madrid was defeated by Rayo Vallecano, according to Ancelotti, who also said that his team had the skills necessary to draw the game.

Los Blancos did score thanks to headers from Eder Militao and Luka Modric.

As a result, Real Madrid is now two points behind league-leading Barcelona after 13 games, placing them in second place on the LaLiga table.

Speaking at his post-match press conference after the game, Ancelotti said:

“We needed to be a bit tougher. We had trouble playing out from the back. We could’ve played more direct balls forward and we lost a few individual duels.

“The quality was lacking a bit for us to draw the game. We had chances to score that we would put away normally and we were a bit below par in terms of toughness.”

Perhaps it is a loss intended to serve as a deceit for eventual opponents in the Champions League, particularly their round of 16 mates, Liverpool like they did the previous season.