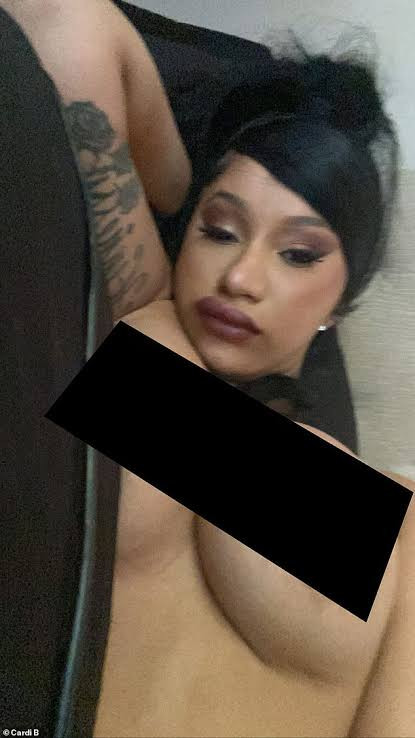 On Tuesday, American rapper Cardi B “accidentally” leaked a topless photo of herself to 77 million Instagram followers.

The “WAP” hitmaker who recently turned 28 uploaded a nude selfie to her Instagram story on Tuesday in which she was seen relaxing on a couch without a shirt on.

The rapper later deleted the image after realizing her “mistake,” but it was too late for the rapper to stop the topless photo from going viral.

Determined to move on, Cardi B added: “You know what, I’m not going to beat myself up about it. I’m just going to eat my breakfast and then I’m going to go to the party.

The “WAP” rapper is not the first celebrity to accidentally leak a nude photo in recent weeks.

In a TV interview after the blunder, Evans said that he had experienced “an interesting weekend,” which was “full of lessons learned, lots of teachable moments.”

“Things happen. It’s embarrassing. You’ve got to roll with the punches,” he added.

Related Topics:Cardi B naked
Up Next