Why we can never unite again - Paul and Peter Okoye 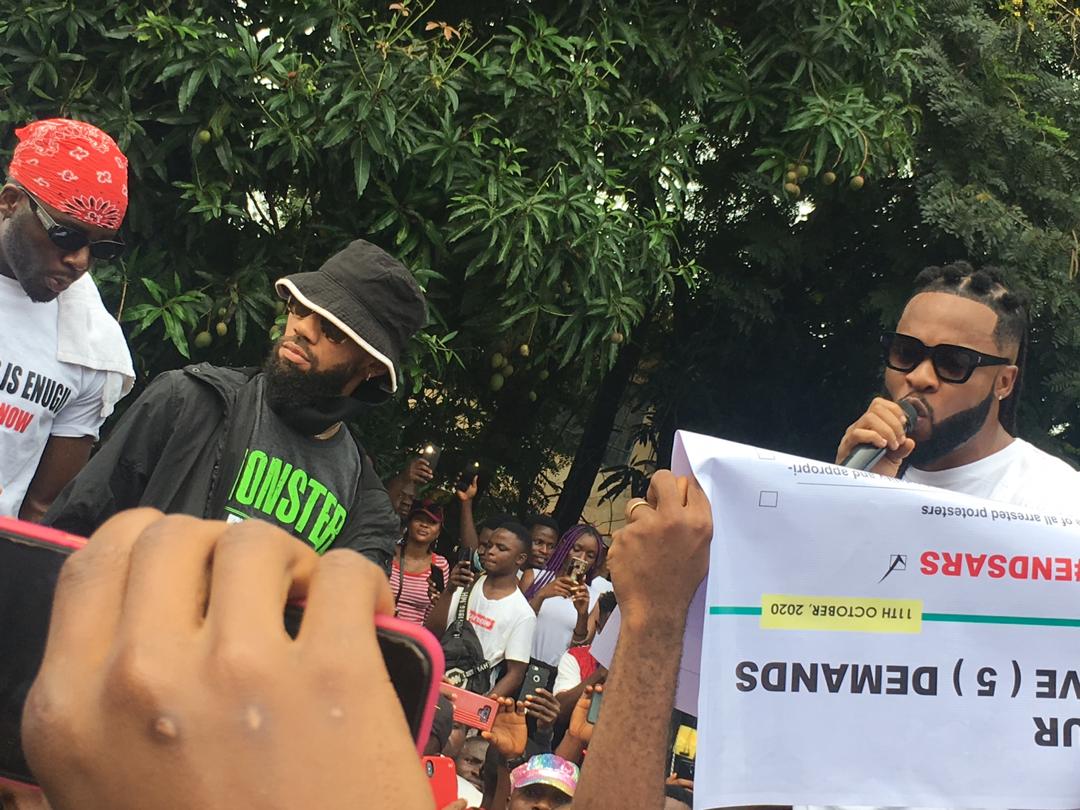 Nigerian youths are demanding an end to the alleged brutality of the Federal Special Anti-Robbery Squad.

Meanwhile, on October 11, the Inspector General of Police, M.A Adamu announced the dissolution of the squad.

However, Nigerian youths aren’t pleased the announcement. They highlighted five demands that must be met by the Federal Government.

Meanwhile, there was a traffic snarl that lasted several hours in parts of Ibadan, the Oyo State capital, on Tuesday as #EndSARS protesters besieged major roads within the metropolis in protest against the arrest of protesters and the continued operation of the Special Anti Robbery Police Squad.
The aggrieved protesters, dominantly youth, bearing banners with different inscriptions, chanted anti-SARS operation songs as they moved down major streets in Ibadan to press home their points.
Their placards read, ‘Young people make money too,’  ‘Youth are not enemies,’ ‘I’m a Nigerian, stop killing me,’ ‘We are entrepreneurs, not criminals,’ ‘Making money through the Internet doesn’t make you a criminal,’ ‘Police are our oppressors,’ among others.
See photos below: