CAN slams lawsuit against Buhari over CAMA
Advertisement 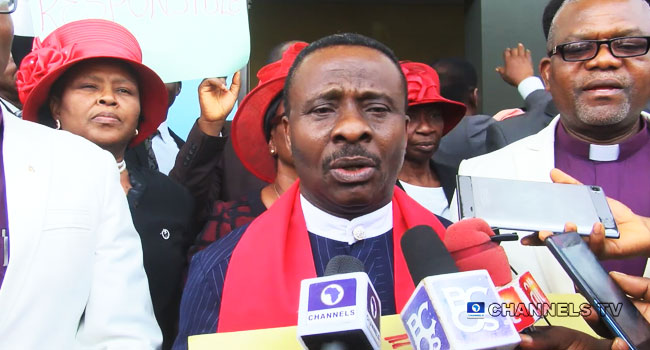 
An unprecedented legal battle between the Christian Association of Nigeria (CAN) and the Buhari government over CAMA, the Companies and Allied Matters Act 2020, has begun in Abuja.

The Incorporated Trustees of Christian Association of Nigeria is the plaintiff, while the Corporate Affairs Commission and the Minister of Industry , Trade and Investment are the defendants.

The case was mentioned at the Federal High Court on Monday, said CAN general secretary, Joseph Daramola.

In a statement, Daramola said the association is not comfortable with some provisions of CAMA 2020, hence , its decision to challenge the matter in court.

“ The Association resolved to go to court after all attempts to convince the Federal government why it should not intervene or interfere with the management of the Church in the country through any of its agencies failed, ” Daramola added.

More than 15 lawyers, led by Joe-Kyari Gadzama (SAN) appeared for CAN, when the case was mentioned on Monday.

Daramola said a number of church leaders attended the first day of the case.

President Muhammadu Buhari assented to the CAMA on 7 August last year, to replace the 30 year-old Companies and Allied Matters Act, 1990.

But no sooner CAMA became law, than CAN and some NGOs began to kick against some provisions, especially those that gave CAC the power to take over their affairs, in case of dispute.