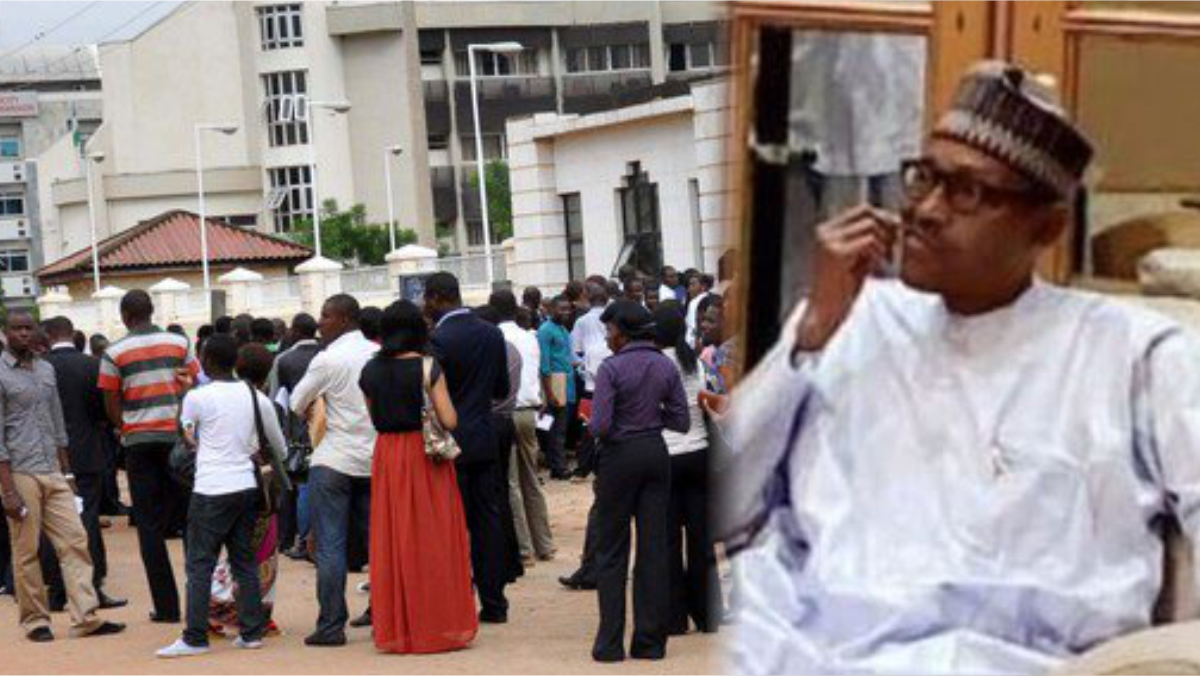 
The latest unemployment report from World Bank has revealed that the unemployment rate in Nigeria has risen more than ever in the history of the country under the Buhari-led administration.

Unemployment rate has to do with the percentage of the labour force population who could not find at least 20 hours of work in the reference period.

The report says the rate was significantly higher for Nigerian youth (42.5 per cent) compared to non-youth (26.3 per cent).

The current rate of unemployment in Nigeria has risen five fold from 6.4 per cent in 2010, hitting 33.3 percent as of the last quarter of 2020, per National Bureau of Statistics’ report.

The Washington-based organisation said the unemployment rates which started rising sharply in 2015, when President Muhammadu Buhari assumed power, has been worsened by COVID-19, leading the country into recession.

“The rise in unemployment rates has been particularly acute since the 2015- 2016 economic recession and has further worsened as COVID-19 led to the worst recession in four decades in 2020” the paper read in part.

The report which was published in collaboration with Rapid Social Response trust fund (RSR) and Korea World Bank Partnership Facility ( KWPF) puts the rate of employed male in Nigeria at 46.4 per cent while that of women stood at 40.6 per cent.

The World Bank opined that the growing numbers of Nigerian citizens seeking asylum in other countries is as a result of economic issues faced in Nigeria. It states that from 1990 to 2019, migrants from Nigeria has risen from 446, 806 to 1,438, 331.

A World Bank projection in March, 2021 had predicted that no fewer than 20 million Nigerians would have plunged into poverty before Buhari leaves office.

In a report in June, the World Bank warned that Nigeria’s 10 years economic gains could be reversed under the Buhari regime.

President Buhari in a recent chat with Arise TV crew in July blamed youths for worsening rate of unemployment. He asked the youths to be of good behaviour so that foreign investors can come into the country.

“Nobody is going to invest in an insecure environment. So I told them [his ministers], I said they should tell the youth that if they want jobs, they will behave themselves,” Buhari said.

Related Topics:buhariUnemploymentWorld Bank
Up Next

Nigeria too lucky to have Buhari, things would be worse without him – Emir of Daura says