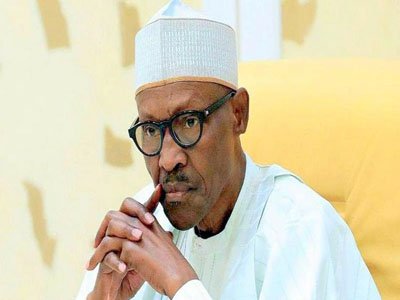 President Muhammadu  Buhari yesterday charged leaders in the West African sub-region on the need to urgently tackle the challenges of terrorism, human trafficking and drug trafficking in the area.

According to him, the problems are greatly affecting young men, women and economies of the region.

He spoke in Abuja while delivering welcome address at the 52nd Ordinary Session of the ECOWAS Authority of Heads of State and Government.

He said “In West Africa, we live in constant threat of violent terrorist groups such as Boko Haram, AQIM and Al-Qaida. Nearly every week we see and hear the horror of human trafficking perpetrated by trans-border syndicates, who lure our youths to slavery through irregular migration.

“We see the consequences, on our young men and women and on our economies, of drug trafficking and capital flight.” Accordingly, it is imperative that we take urgent action to address these challenges.

“In collaboration with the International Organisation for Migration, we, in Nigeria, have been evacuating our compatriots who are stranded in Libya. Returnees have been receiving needed support including from state governments and   some non-governmental organisations.

“I have instructed the National Emergency Management Agency to speed up the evacuation of all Nigerians stranded in Libya and facilitate their resettlement.

“In view of the enormity of this challenge, may I suggest that we look into the possibility of putting in place a well run regional mechanism for the evacuation, resettlement  and empowerment of stranded ECOWAS citizens abroad.” he said

He also urged the leaders in a joint effort to step up dialogue with European partners in order to overcome the challenges.

The President said that the long term solutions to the challenges is to create conditions of peace and security in the ECOWAS countries and ensure sustainable development of the economies.

“Only through this can we create jobs and other conditions in which our youths will have little or no excuse to embark on the suicidal venture of irregular migration.” he said

He said that the region since 2001 has been steadily developing the culture of democratic  practice, including good governance and respect for the Rule of Law.

He said “This trend has just been demonstrated in Liberia. I salute the people of Liberia for the manner in which they conducted themselves during and in the aftermath of the just concluded general elections.

“It is my fervent hope that the same attitude prevails in the coming run-off election scheduled to hold on 26 December, and a new president is inaugurated in January, 2018 as per the provision of the country’s Constitution.”

Buhari also appealed to the citizens of Togo to continue to embrace dialogue in efforts to resolve their political differences.

He therefore urged the government to widen the space for dialogue and mediation.

On Ginuea Bissau, he said “With regards to our sister nation, Guinea-Bissau, it is worrisome that the continued political deadlock is taking its toll on the people, on good governance and the resources of member States, particularly troops from contributing countries to the ECOWAS Mission in Guinea Bissau.

“I therefore strongly urge all the stakeholders in Guinea Bissau to respect their undertakings in plans to resolve the political impasse.”

Reflecting on the recent recession and economic challenges faced by ECOWAS Member States, he said that there is an urgent need to review the spending patterns of all the community institutions, to ensure that dwindling resources are put to good economic use for the optimization of strategic goals of the community.